Designed by Todd Schliemann of the New York-based Polshek Partnership,located at Meatpacking District. It houses 317 guest rooms, several restaurants and bars, and a gym. 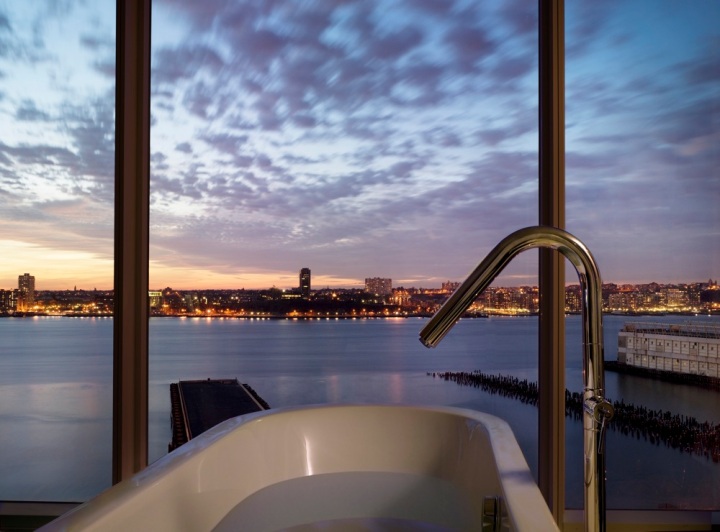 The building is decidedly modern, if not instantly iconic, with a mix of styles peppering its interior. Its slab on stilts design recalls the pioneering works of le Corbusier and other notable international style buildings, like the locally based Lever House and United Nations. The interiors,designed by Hollywood set designer Shawn Hausmann and New York based Roman and Williams, “get more modern the higher you go up”, said Balazs in an interview with Vanity Fair magazine.The guest rooms in the tower above are designed with mid-century works in mind.

On the top floor is a double height glass enclosed space that houses a supper club and lounge. Its design pays homage to Warren Platner, a protégé of Saarinen’s, who designed the Windows of the World restaurant in the World Trade Center. 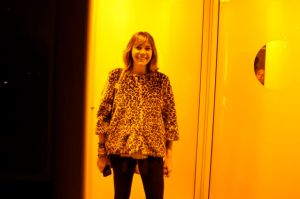 *Great design, a lot of bauhaus elements.A 5 star location.I had a great time.