http://www.youtube.com/watch?v=uLIn7tSbNP4&sns=em
The World or World Islands is an artificial archipelago of various small islands constructed in the rough shape of a world map, located 4.0 kilometres (2.5 mi) off the coast of Dubai, United Arab Emirates.

The World islands are composed mainly of sand dredged from Dubai’s shallow coastal waters, and are one of several artificial island developments in Dubai.

The World’s developer is Nakheel Properties, and the project was originally conceived by Sheikh Mohammed bin Rashid Al Maktoum, the ruler of Dubai.

The project was unveiled in May 2003 by Sheikh Mohammed and dredging began four months later in September 2003.

On 10 January 2008 the final stone on the breakwater was laid, completing development of the archipelago.

January 2010: On 28 January 2010 Emirates Business reported that Major Trade have started development of their projects on an island in the Greenland area, a villa and hotel resort.

23 February 2010: Dubai-based Kleindienst Group starts work on the Germany island of The World, according to a press release on 24 February 2010. 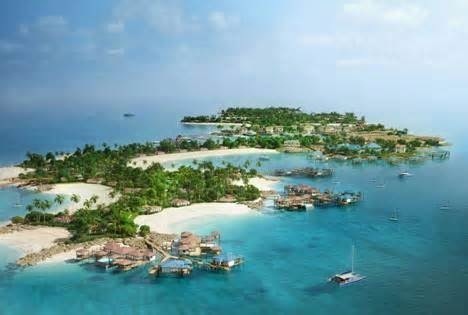 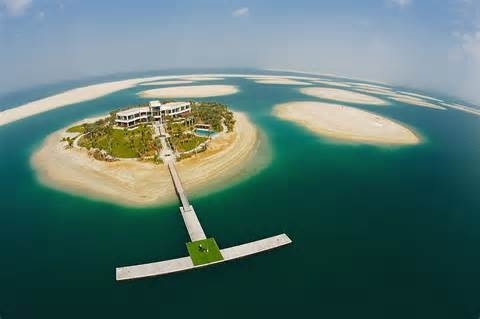 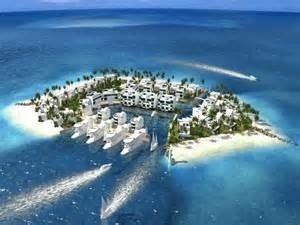 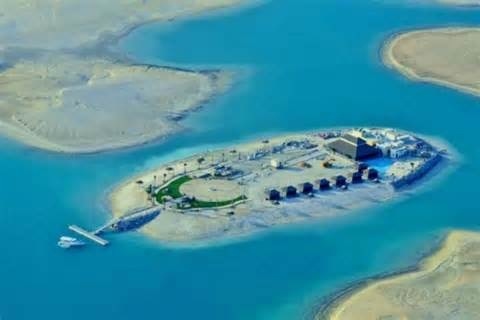 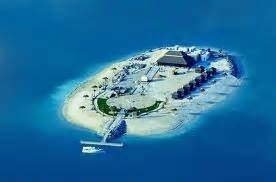