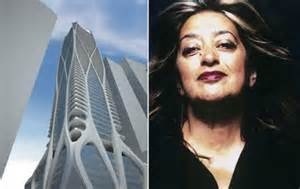 Over the past 30 years, revolutionary architect Zaha Hadid has become internationally renowned for her designs of sensuous, soaring buildings that push the limits of innovation and blur the lines between art and architecture. Today, Hadid stands among history’s most celebrated architects and is the first woman to have achieved such recognition in the field. She has been awarded the Pritzker Prize in Architecture (2004), the Stirling Prize (2010, 2011), and was appointed Dame Commander of the Order of the British Empire for her services to architecture (2002). Beyond the world of architecture, Hadid has collaborated with iconic luxury brands, including Chanel, Donna Karan, and B&B Italia. She was named one of “The World’s 100 Most Powerful Women” by Forbes, and one of “100 People Who Most Affect Our World” by TIME.

One Thousand Museum will be Zaha Hadid’s first residential skyscraper in the Western Hemisphere.

ONE THOUSAND MUSEUM by Zaha Hadid

Once completed, One Thousand Museum will be one of the most spectacular residential developments in the world. It will be rivaled only by the likes of One Hyde Park in London and One57 in New York City.

Miami’s most prestigious new residential tower will be an unprecedented fusion of art, architecture and design.
Internationally acclaimed architect, Zaha Hadid, has been commissioned to design the 62-story, ultra-luxury high-rise. One Thousand Museum will have only 83 total units and will be the only residential tower in Florida which will feature a helicopter pad on its rooftop. Private security concierges will also be assigned to the units at One Thousand Museum. 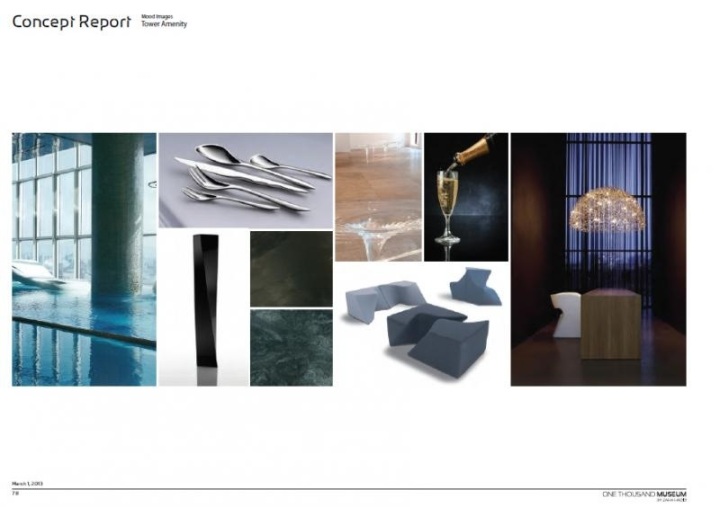 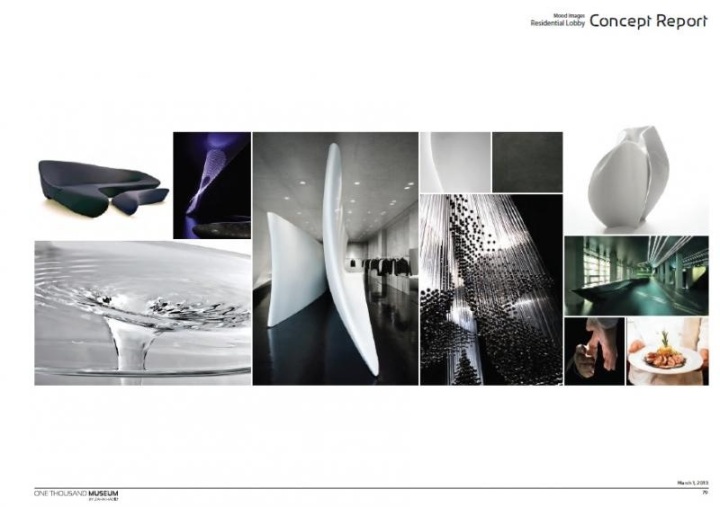 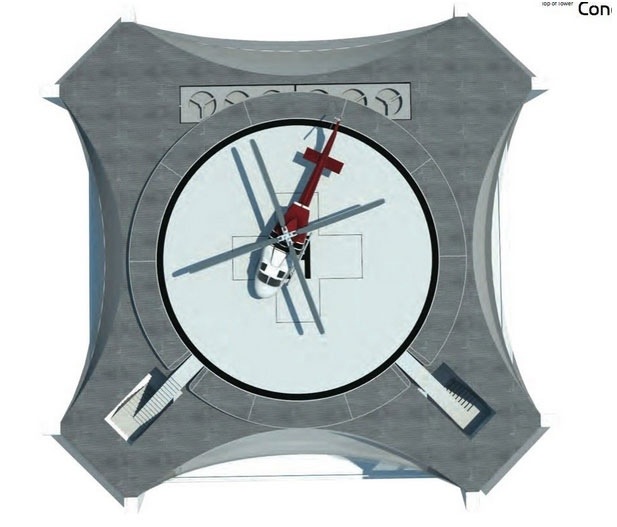 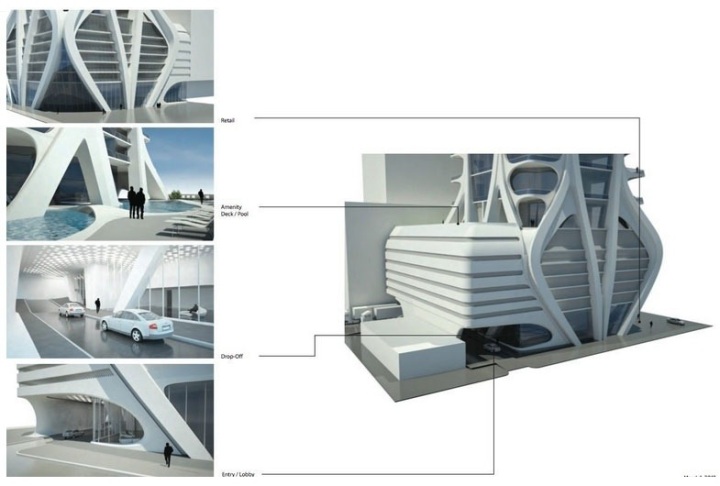 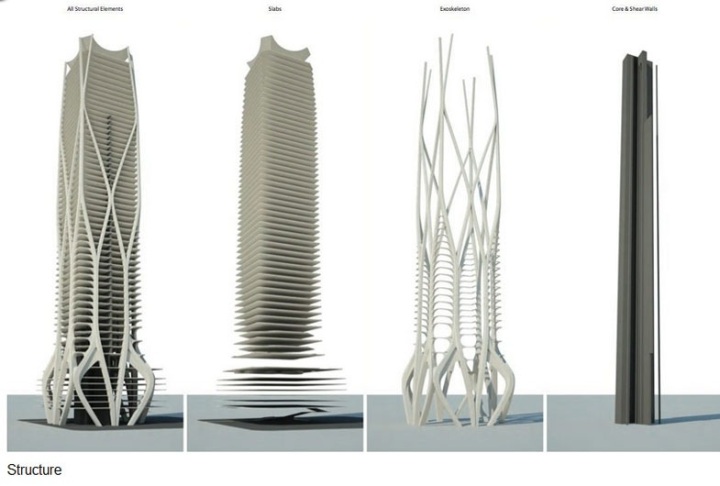 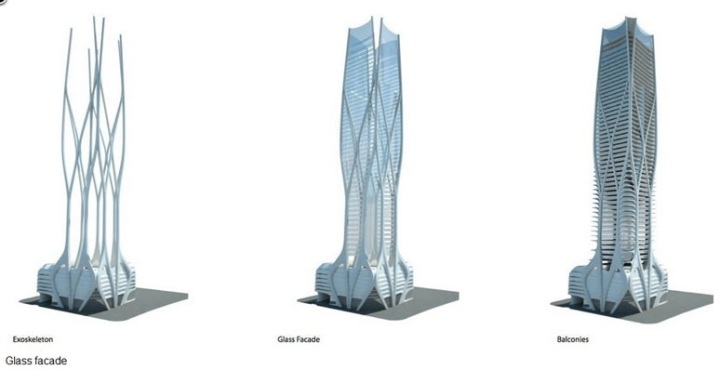 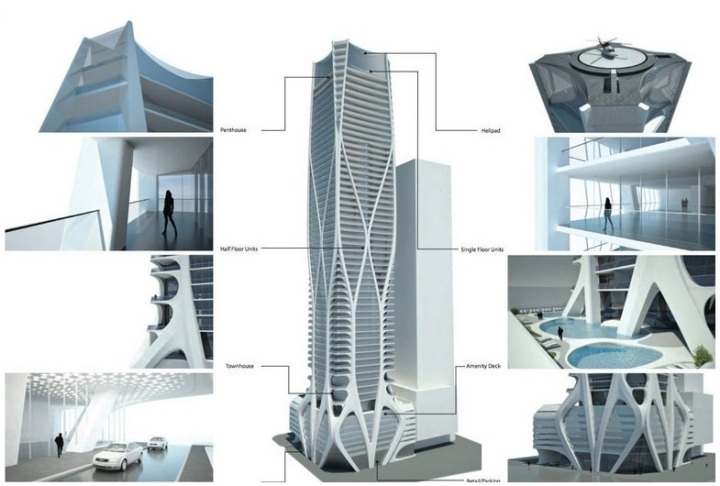 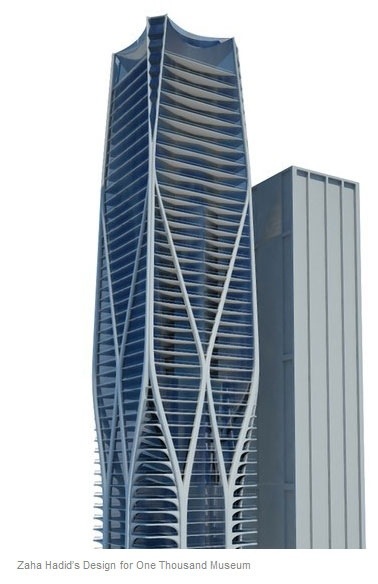 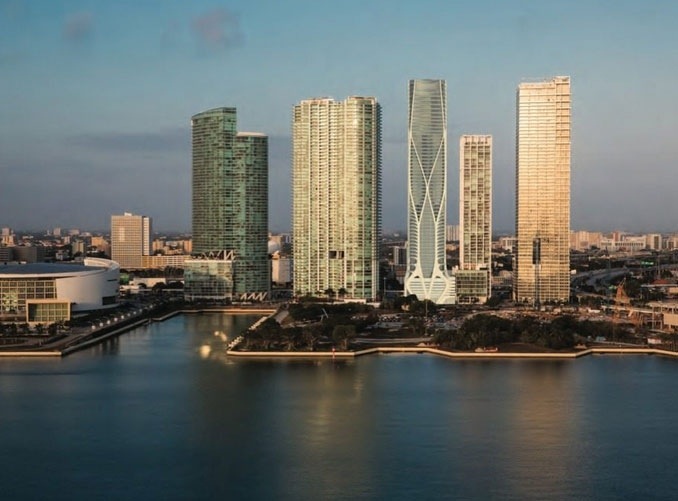 Downtown Miami provides an exhilarating cityscape for people always on the go. With exciting nearby commercial districts and choice areas for rest and relaxation, nothing is more suited as the home of One Thousand Museum.

As a central business district of Miami, downtown Miami provides easy access to office areas as well as a slew of art centers, company headquarters, government offices, banks, parks and education centers. Art-loving residents of One Thousand Museum will be treated to immediate access to several cultural hotspots within the area, including the Miami Art Museum and the Wagner Home. The Miami Main Library also offers a prime location for those whose affinity for reading and books cannot be easily satiated. Theatres, like the Miami City Ballet, the Adrienne Arsht Center for the Performing Arts and the Gusman Center for the Performing Arts, are also situated nearby One Thousand Museum to provide its residents with exciting alternatives to spend their stress-free days. With more than enough activities to occupy its denizens, downtown Miami certainly serves as a worthy home for One Thousand Museum.