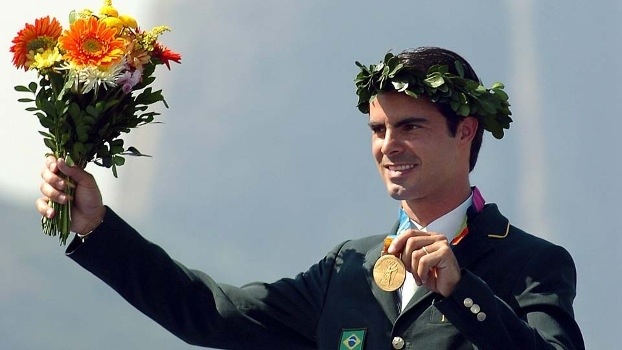 Rodrigo Pessoa (born 29 November 1972 in Paris, France) is a Brazilian equestrian and show jumper.
He is married to Alexa Weeks and has two girls Cecilia, born in 2004 from a first marriage, and Sophia born in 2011.
He is an accomplished rider backed by his 70 Grand Prix wins and a total of (€10.000,000) in prize money during his career.
Rodrigo Pessoa is the son of equestrian and show jumper Nelson Pessoa.
His owner Ewing Hunter Harrison millionaire from Memphis Tenn former CEO of CN Canadian Railway and owner founder of his own Double H Farm in Ridgefield CT.

Rodrigo first competed in 1981 at Hickstead. In 1984 he claimed his first title as champion of the pony class and again in 1985. In 1988 he competed in his first Grand Prix.

He continued to his triumphant career by competing and winning many Grands Prix. In 1992 he rode Special Envoy in the Olympic Games in Barcelona for Brazil, making him one of the youngest rider to compete in the Olympics at the age of 19. In 1996 he again rode in the Olympics in Atlanta and helped Brazil win the bronze medal with Loro Piana TomBoy.

In 1998 he rode Gandini Lianos to be the youngest World Champion at 1998 FEI World Equestrian Games in Rome.

Pessoa took his career further by winning the World Cup Final on Baloubet du Rouet three consecutive years in 1998, 1999, and 2000. He finished as the reserve champion the fourth year.
In his fifth and final World Cup, Rodrigo and Baloubet du Rouet finished in third place.
He later claimed the title and prize for the world’s best rider and in addition to the Show Jumping Year trophy.
In 2000 at the Olympic Games in Sydney, he again won the bronze team medal. In the 2004 Olympics in Athens he won the individual silver medal but after disqualification of the Irish rider Cian O’Connor and his horse Waterford Crystal for doping, he was awarded the Gold medal in an award ceremony in his home town of Rio de Janeiro.
In 2010 he won the Grand Prix on a horse named HH Ashley.

In 2007, Pessoa won the individual silver and team gold medals at the Pan American Games, held in his home town.

In 2010 he finished fourth individualy and fourth with his team of Brazil at the World Equestrian Games in Lexington KY.
In 2011 he once again mounted the podium at the Pan American Games in Guadalajara Mexico with Team Brazil to collect a Team Silver Medal on HH Ashley

He was also chosen to be Brazil’s flag bearer at the 2012 Summer Olympics in London. 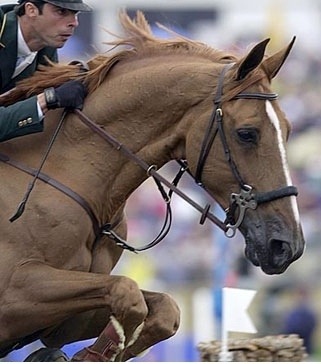