NEW ENGLAND
New England is the capital of the East Coast skiing and snowboarding world of North America. New England prides itself on its rugged terrain, cold weather and local down to earth attitude. Conditions can change from hour to hour within the region, providing for a constant optimism among its skiers and riders.

While the most notable ski areas are located in Northern New England, the states of Connecticut and Massachusetts have a few of their own. Ski areas like Ski Sundown and Mohawk Mountain in Connecticut’s Southern Berkshire Mountains are known for extensive snowmaking systems, night skiing and fantastic terrain parks. In the Northern Berkshires of Western Massachusetts, areas like Jiminy Peak, Ski Butternut and Wachusett Mountain provide skiing to bigger metro areas of Southern New England such as Boston (MA), Springfield (MA), Hartford (CT) and Providence (RI).

New Hampshire’s White Mountains are also known for its rugged, die-hard skiers and riders. Southern New Hampshire Mountains like Pat’s Peak and Mt. Sunapee are local favorites and an easy day trip from Southern New England. To the north, Loon Mountain Resort prides itself on their quality terrain parks and Cannon Mountain and Bretton Woods, located in Franconia Notch, boast some of the best terrain in the state. New Hampshire is also home to the best backcountry skiing on the East Coast, Tuckerman’s Ravine.

Vermont is known as the “Ski Capital of the East,” and has ski and snowboard options throughout the entire state. Mount Snow and Stratton are Southern Vermont favorites, whereas Killington boasts the most skiable terrain in Vermont and one of the best nightlife scenes in New England. Farther north, areas like Mad River Glen, Smuggler’s Notch and Jay Peak Resort offer amazing terrain in a very low-key, locals atmosphere. Resorts such as Stowe and Sugarbush provide the same great terrain along with first-class amenities.

Maine, the northernmost state in New England, may boast the most burly, rugged skiers in all of New England. Southern Maine’s Sunday River is often one of the first ski areas to open for the season. Sugarloaf, farther north, boasts the most skiable terrain on the East Coast. 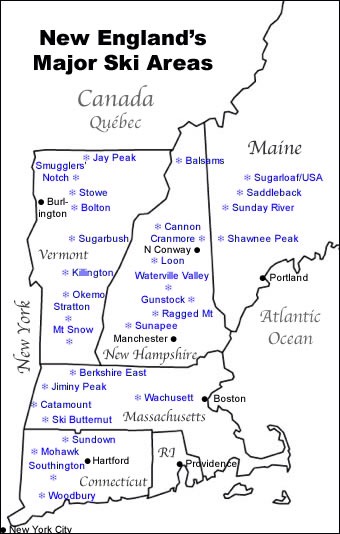 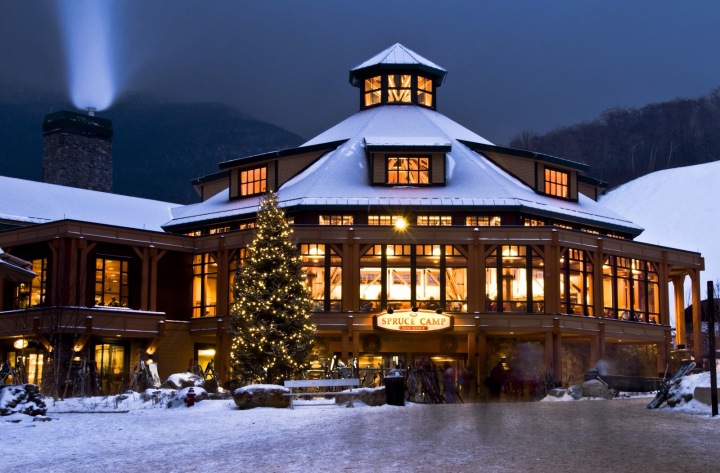