Proceeds from #FIDMDEBUT go to:

This is an all-day event that begins with lunch and tours at our Los Angeles campus, followed by a round-trip bus ride to the Barker Hangar to enjoy the premier fashion runway show on the West Coast as graduating FIDM students make their debut in the fashion/design industry. FIDM’s DEBUT Runway Show features the work of FIDM Advanced Fashion Design, Digital Media, Interior Design, Textile Design, and Theatre Costume students.

The agenda is as follows:

The day begins at our flagship college campus where attendees have the option to tour campus, learn about our 26 creative majors, meet staff, faculty and students, and hear from FIDM Alumni panelists. Lunch will be provided. 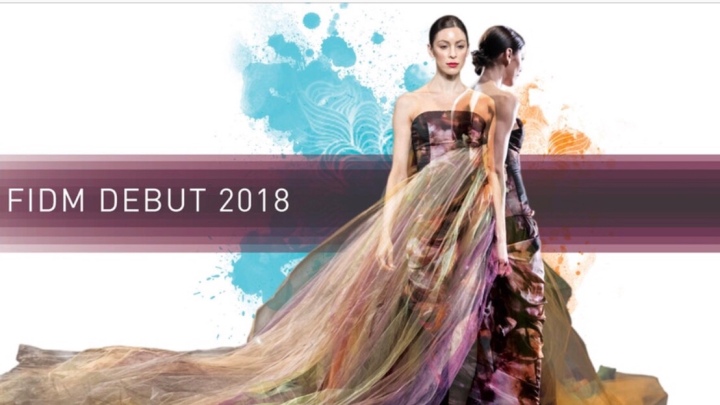 How Luxury Lost Its Luster

With “Deluxe: How Luxury Lost Its Luster,” Ms. Thomas — who has been the cultural and fashion writer for Newsweek in Paris for 12 years — has written a crisp, witty social history that’s as entertaining as it is informative. Traveling from French perfume laboratories to Las Vegas shopping malls to assembly-line factories in China, she traces the evolving face of the luxury goods business, from design through marketing to showroom sales.

She gives us some sharply observed profiles of figures like Miuccia Prada, who was a Communist with a doctorate in political science when she took over her family’s small luxury goods business in 1978, and the business tycoon Bernard Arnault, who relentlessly built LVMH into a luxury monolith with dozens of brands (including Louis Vuitton, Givenchy and Dior) sold around the world.

Ms. Thomas peppers her narrative with lots of amusing asides about everything from how orange became Hermès’s signature color because it was the only color widely available during World War II to the money-saving benefits of raw-edge cutting, which has been marketed to the public as a cutting-edge, avant-garde innovation.

But her focus remains on how a business that once catered to the wealthy elite has gone mass-market and the effects that democratization has had on the way ordinary people shop today, as conspicuous consumption and wretched excess have spread around the world. Labels, once discreetly stitched into couture clothes, have become logos adorning everything from baseball hats to supersized gold chains. Perfumes, once dreamed up by designers with an idea about a particular scent, are now concocted from briefs written by marketing executives brandishing polls and surveys and sales figures.

With globalization, Paris and New York are no longer exclusive luxury meccas. Ms. Thomas notes that a gigantic 690,000-square-foot luxury mall called Crocus City (featuring 180 boutiques, including Armani, Pucci and Versace) is flourishing outside Moscow, and that a group of high-end boutiques will be part of a luxury complex called Legation Quarter, scheduled to open in Tiananmen Square later this year.

“Approximately 40 percent of all Japanese own a Vuitton product” today, she says, and one recent poll showed that by 2004 the average American woman was buying more than four handbags a year. With more people visiting Caesars Palace’s glitzy Forum Shops each year than Disney World, Las Vegas has made shopping synonymous with gambling and entertainment, even as outlet malls have brought designer clothing and accessories within the reach (and budget) of many suburbanites.

High-profile luxury brands like Louis Vuitton, Hermès and Cartier were founded in the 18th or 19th centuries by artisans dedicated to creating beautiful, finely made wares for the royal court in France and later, with the fall of the monarchy, for European aristocrats and prominent American families. Luxury remained, writes Ms. Thomas, “a domain of the wealthy and the famous” until “the Youthquake of the 1960s” pulled down social barriers and overthrew elitism. It would remain out of style “until a new and financially powerful demographic — the unmarried female executive — emerged in the 1980s.”

As both disposable income and credit-card debt soared in industrialized nations, the middle class became the target of luxury vendors, who poured money into provocative advertising campaigns and courted movie stars and celebrities as style icons. In order to maximize profits, many corporations looked for ways to cut corners: they began to use cheaper materials, outsource production to developing nations (while falsely claiming that their goods were made in Western Europe) and replace hand craftsmanship with assembly-line production. Classic goods meant to last for years gave way, increasingly, to trendy items with a short shelf life; cheaper lines (featuring lower-priced items like T-shirts and cosmetic cases) were introduced as well.

Although this volume quotes Anna Wintour, the editor of Vogue, saying such changes mean that “more people are going to get better fashion” and “the more people who can have fashion, the better,” the author reaches a more elitist and pessimistic conclusion. “The luxury industry has changed the way people dress,” she writes. “It has realigned our economic class system. It has changed the way we interact with others. It has become part of our social fabric. To achieve this, it has sacrificed its integrity, undermined its products, tarnished its history and hoodwinked its consumers. In order to make luxury ‘accessible,’ tycoons have stripped away all that has made it special.

“Luxury has lost its luster.”