Chado Ralph Rucci – One of a kind!

Chado Ralph Rucci’s architecturally-influenced clothing is created by designer Ralph Rucci, the only American currently officially invited to show haute couture in Paris. (He shows ready-to-wear on our shores.) Since beginning in 1994, Chado (the name of a traditional Japanese tea ceremony symbolizing respect, tranquility and integrity) has been about impeccable craftsmanship. Rucci himself creates new textiles with his European mills, culling inspiration from his personal archives and those of historical cloths; his prints are derived from his own watercolor and acrylic artwork. The result is a clothing collection that is sophisticated and sculptural, created in luxurious fabrics and a neutral palette. Chado’s small staff includes Rucci’s sister, who works in tandem with him at his Seventh Avenue atelier.

The son of a Philadelphia butcher, Ralph Rucci graduated from Temple University, where he majored in literature and philosophy. After moving to New York, he studied design at the Fashion Institute of Technology before starting Chado Ralph Rucci in 1994. In 2002, Rucci became the first American designer since Mainbocher to be invited by Paris’ Chambre Syndicale to show as part of the haute couture fashion calendar. He’s been twice nominated for CFDA Designer of the Year, but has yet to take home the honor. 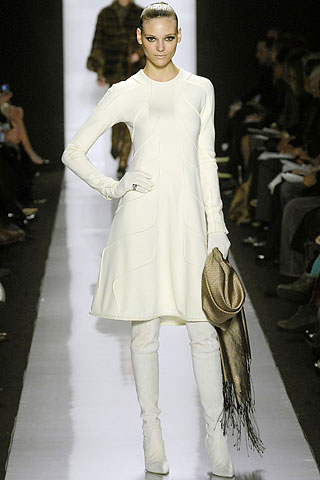 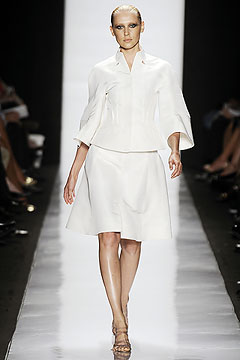