The rock revolution of the 1960’s seen through the life and music of Jimi Hendrix.

The first doomed icon of rock, Hendrix was the synthesis of everything that had gone before him and all that was to come. Hendrix was the influence of rhythm & blues on a generation of British musicians such as The Rolling Stones, Cream and The Who, and how the song-writing of Bob Dylan and studio developments of The Beatles transformed the possibilities and ambitions of rock.

There was only one candidate really: Jimi Hendrix. He encapsulates the first age of rock more than any single figure; a summation of all that had gone before him and a projection of all that was to come. He was the roots bluesman who used new technology, perfectly bridging the past to the future to create a dazzling psychedelic present.

It’s essential to remember that his career in the spotlight lasted only four years and three studio albums; dead at 27, an artist whose potential was so massive, it’s hard not to reflect on his unrealised projects without a profound sense of loss.

Elvis Aaron Presley, in the humblest of circumstances, was born to Vernon and Gladys Presley in a two-room house in Tupelo, Mississippi on January 8, 1935. His twin brother, Jessie Garon, was stillborn, leaving Elvis to grow up as an only child. He and his parents moved to Memphis, Tennessee in 1948, and Elvis graduated from Humes High School there in 1953.

Elvis’ musical influences were the pop and country music of the time, the gospel music he heard in church and at the all-night gospel sings he frequently attended, and the black R&B he absorbed on historic Beale Street as a Memphis teenager. In 1954, he began his singing career with the legendary Sun Records label in Memphis. In late 1955, his recording contract was sold to RCA Victor. By 1956, he was an international sensation. With a sound and style that uniquely combined his diverse musical influences and blurred and challenged the social and racial barriers of the time, he ushered in a whole new era of American music and popular culture.

He starred in 33 successful films, made history with his television appearances and specials, and knew great acclaim through his many, often record-breaking, live concert performances on tour and in Las Vegas. Globally, he has sold over one billion records, more than any other artist. His American sales have earned him gold, platinum or multi-platinum awards for 150 different albums and singles, far more than any other artist. Among his many awards and accolades were 14 Grammy nominations (3 wins) from the National Academy of Recording Arts & Sciences, the Grammy Lifetime Achievement Award, which he received at age 36, and his being named One of the Ten Outstanding Young Men of the Nation for 1970 by the United States Jaycees. Without any of the special privileges his celebrity status might have afforded him, he honorably served his country in the U.S. Army.

His talent, good looks, sensuality, charisma, and good humor endeared him to millions, as did the humility and human kindness he demonstrated throughout his life. Known the world over by his first name, he is regarded as one of the most important figures of twentieth century popular culture. Elvis died at his Memphis home, Graceland, on August 16, 1977.

The Rolling Stones are a globally popular English musical group that was part of the ‘British Invasion’ popularization of British pop & rock music in the early 1960s. The band was formed in London in 1962 by Brian Jones, and eventually was led by the songwriting partnership of singer Mick Jagger and guitarist Keith Richards. The group began playing American Blues, R&B and Rock n’ Roll, and later ventured into other genres including country, psychedelia, Reggae, and disco. 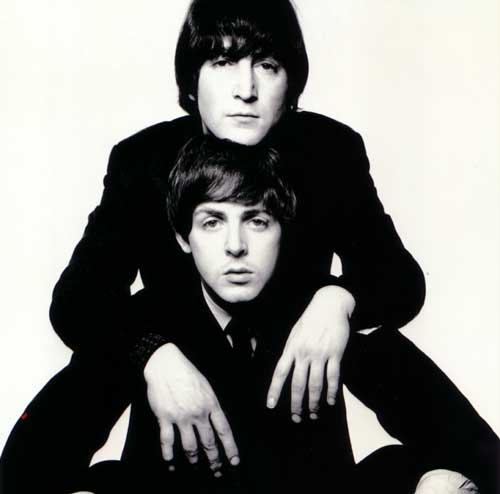 The Beatles were an English rock band from Liverpool whose members were John Lennon, Paul McCartney, George Harrison and Ringo Starr. They are among the most commercially successful and critically acclaimed bands in the history of popular music. Their innovative music and cultural impact helped define the 1960s.

The Beatles are the best-selling musical act of all time in the United States, according to the Recording Industry Association of America, which certified them as the highest selling band of all time based on American sales of singles and albums…

The Who is an English rock band who first emerged in 1964. The primary lineup consisted of songwriter/guitarist Pete Townshend, singer Roger Daltrey, bassist/songwriter John Entwistle, and drummer Keith Moon. The Who came to prominence in the 1960s and grew to be considered one of the greatest and most influential rock bands of all time, in addition to being ‘possibly the greatest live band ever.’

Keith Moon died in 1978, after which the band released two more studio albums, Face Dances and It’s Hard, with drummer Kenney Jones, before officially disbanding in 1983.

Cream was a 1960s British rock band, which consisted of guitarist Eric Clapton, bassist Jack Bruce and drummer Ginger Baker. Celebrated as one of the first great power trios and supergroups of rock, their sound was characterised by a melange of blues and psychedelia. Cream combined Clapton’s blues guitar playing with the airy voice and intense basslines of Jack Bruce and the jazz-influenced drumming of Ginger Baker.

Daltrey, Entwhistle, Townshend and Moon of The Who.