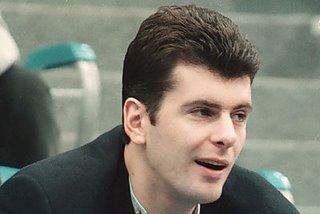 Mikhail Prokhorov (born May 3, 1965) is a Russian self-made billionaire and oligarch. He made his name in the financial sector and went on to become one of Russia’s leading industrialists in the precious metals sector. He is the former chairman of Norilsk Nickel, the world’s largest producer of nickel and palladium, and the current chairman of Polyus Gold, Russia’s largest gold producer.

In May 2007, Prokohorov launched a $17 billion private investment fund, Onexim Group, focused on the development of nanotechnology, including hydrogen fuel cells, as well as other high-technology projects and non-ferrous and precious metals mining. One of the key areas of development is the production of materials with ultra–tiny structures used in energy generation and medicine.

In June 2007, Russian Prime Minister Mikhail Fradkov announced the formation of the Government Council for Nanotechnology, to oversee the development of nanotechnology in the country. Prokhorov was one of 15 individuals appointed to the council, which will be chaired by Russian First Deputy Prime Minister Sergei Ivanov.

Mikhail Prokhorov’s net worth is currently estimated at $19.5 billion, making him the 24th richest man in the world according to Forbes magazine’s list of the World’s Richest People in 2008. Since then it has been estimated that the majority of his fortune was lost to the recent economic downturn. However, Prokhorov is currently the richest man in Russia and the 40th richest man in the world according to the 2009 Forbes list with an estimated fortune of $9.5 billion . If he lost 51% of his wealth within a year, he is the Russian oligarch who resisted the best to the financial crisis thanks to his sell of his Norilsk stake right before the meltdown. Most spectacularly, he had reportedly agreed to buy a villa in French Riviera from Brazilian philantropist Lily Safra for €400m but is in danger of losing a €39m deposit as he’s unable to afford to complete of the deal.

Mikhail Prokhorov was born on May 3, 1965, one of two children in the family. His father was a member of the Soviet sports committee and his mother was a scientist. His parents sent him to a language medium school in Moscow and then to the Moscow Financial Institute. In 1989, he graduated with a first class degree from the International Economic Relations Department of Moscow State Financial Institute. He also has an older sister named Irina.

In March 2004 he founded the Cultural Initiatives Foundation (The Mikhail Prokhorov Foundation), a charitable foundation; it is headed by Prokhorov’s elder sister Irina Prokhorova, prominent Russian publisher. He gives financial support to CSKA Moscow‘s basketball, hockey and football clubs, and is a member of the Supreme Council of the Sport Russia organisation.

In August 2006 he was awarded the Order of Friendship for his significant contribution to the growth of Russia’s economic potential, when the President of the Russian Federation, Vladimir Putin, signed an order for the granting of state honours on August 18, 2006. 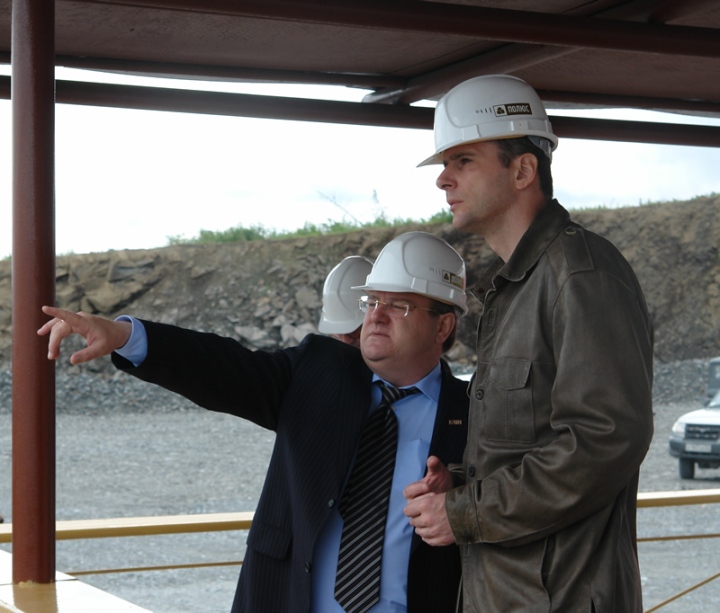 With global populations growing at a rapid rate, energy security is one of the greatest issues facing the world today. The future will rely on traditional forms of energy as well as “new” sources, such as wind, solar and hydrogen power.

In Russia today there is an understanding that our resources are not infinite. There is also a growing realization we need to redouble our focus and investment in new technology in order to address current environmental challenges.

Pure charity – helping those who are in a difficult situation, who seek care and protectorship – is a natural human need to do good. A successful businessman can prove himself in this activity as someone who has more power to help people.

The Mikhail Prokhorov Foundation is a Russian private charity established in 2004. It carries out nationwide and international activities, as well as local projects in the Krasnoyarsk region, the Urals, Siberia, the Russian Far East, and in the industrial area of Norilsk.

The long-term goal is to promote Russian culture and further its integration into global context. The Foundation’s concept is based on a broader notion of culture, its borders, and its social functions. This modern idea of culture determines the key activities of the Foundation, which include: initiatives in arts;science and education; development of mass media; urban environment; sports and public health.

The Foundation’s activities are based on the belief that a better life of the society is conditional upon its cultural level. Geographically, the Foundation tries to localise its activities to reflect the uniqueness and specific needs of communities concerned. This approach is especially valuable in today’s globalised world.

Brief History of the Foundation

From 2004 till 2006, the Foundation operated exclusively in Norilsk and thus became the first charity in Russia to work systematically with one specific region.
Later it expanded it scope to include the whole of Krasnoyarsk Krai, the biggest Siberian region.
Since 2008, several competition projects have embraced the Urals, Siberia, and the Russian Far East.
Simultaneously, the Foundation supports unique nationwide and international projects aiming to incorporate Russian culture into the global context.

Its 2007 Annual Report was named the best report in the private foundations category of the 2nd Point of Reference competition sponsored by the Russian Public Chamber’s Commission for Development of Charity and NGO Legislation.