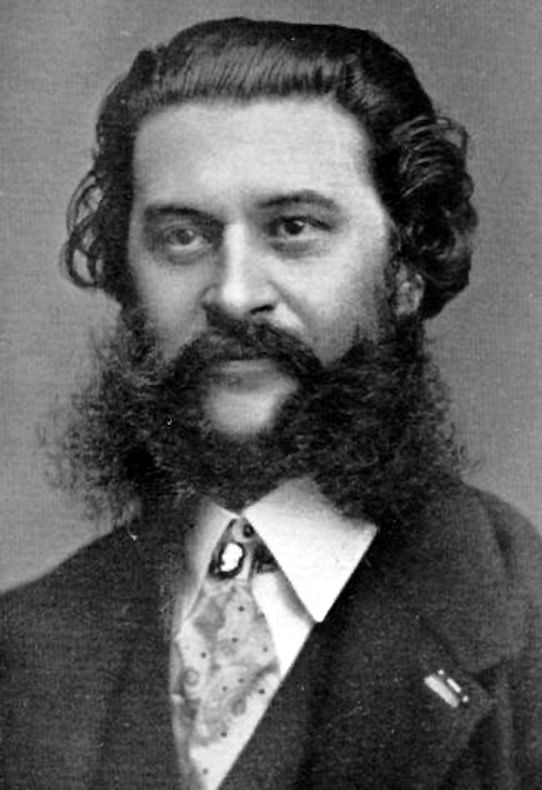 German: Johann Baptist Strauß; also known as Johann Baptist Strauss, Johann Strauss, Jr., or Johann Strauss the Younger) was an Austrian composer of light music, particularly dance music and operettas. He composed over 500 waltzes, polkas, quadrilles, and other types of dance music, as well as several operettas and a ballet. In his lifetime, he was known as “The Waltz King”, and was largely responsible for the popularity of the waltz in Vienna during the 19th century.

Strauss was the son of Johann Strauss I, another composer of dance music. His father did not wish him to become a composer, but rather a banker; however, the son defied his father’s wishes, and went on to study music with the composer Joseph Drechsler and the violin with Anton Kollmann, the ballet répétiteur of the Vienna Court Opera. Strauss had two younger brothers, Josef and Eduard Strauss, who became composers of light music as well, although they were never as well-known as their elder brother.

Some of Johann Strauss’s most famous works include the waltzes The Blue Danube, Kaiser-Walzer, Tales from the Vienna Woods, the Tritsch-Tratsch-Polka, and the Pizzicato Polka. Among his operettas, Die Fledermaus and Der Zigeunerbaron are the most well-known.

Strauss Jr. eventually surpassed his father’s fame, and became one of the most popular of waltz composers of the era, extensively touring Austria, Poland, and Germany with his orchestra. He applied for the KK Hofballmusikdirektor Music Director of the Royal Court Balls position, which he eventually attained in 1863, after being denied several times before for his frequent brushes with the local authorities.

In 1853, due to constant mental and physical demands, Strauss suffered a nervous breakdown. He took a seven-week vacation in the countryside in the summer of that year, on the advice of doctors. Johann’s younger brother Josef was persuaded by his family to abandon his career as an engineer and take command of Johann’s orchestra in the absence of the latter.

In 1855, Strauss accepted commissions from the management of the Tsarskoye-Selo Railway Company of St. Petersburg to play in Russia for the Vauxhall Pavilion at Pavlovsk in 1856. He would later return to perform in Russia for every year until 1865.

Later, in the 1870s, Strauss and his orchestra toured the United States, where he took part in the Boston Festival at the invitation of bandmaster Patrick Gilmore and was the lead conductor in a ‘Monster Concert’ of over 1000 performers, performing his “Blue Danube” waltz, amongst other pieces, to great acclaim. 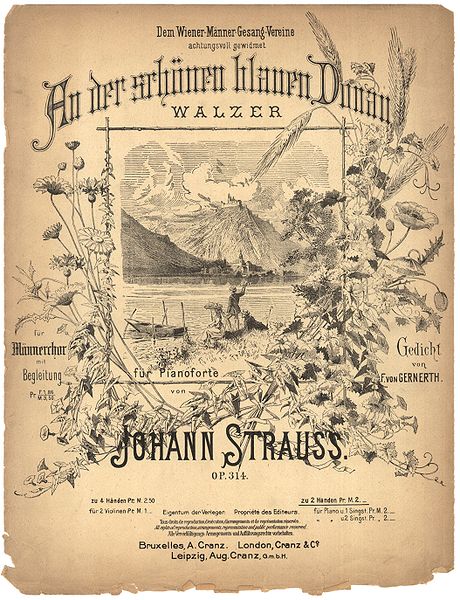 The Blue Danube is the common English title of An der schönen blauen Donau op. 314 (On the Beautiful Blue Danube), a waltz by Johann Strauss II, composed in 1866. Originally performed 13 February 1867 at a concert of the Wiener Männergesangsverein (Vienna Men’s Choral Association), it has been one of the most consistently popular pieces of music in the classical repertoire. Its initial performance was only a mild success, however, and Strauss is reputed to have said “The devil take the waltz, my only regret is for the coda—I wish that had been a success!”

After the original music was written, the words were added by the Choral Association’s poet, Joseph Weyl. Strauss later added more music, and Weyl needed to change some of the words. Strauss adapted it into a purely orchestral version for the World’s Fair in Paris that same year, and it became a great success in this form. The instrumental version is by far the most commonly performed today. An alternate text by Franz von Gernerth, Donau so blau (Danube so blue), is also used on occasion.

The sentimental Viennese connotations of the piece have made it into a sort of unofficial Austrian national anthem. It is a traditional encore piece at the annual Vienna New Year’s Concert. The first few bars are also the interval signal of Osterreich Rundfunk’s overseas programs.

It is reported by composer Norman Lloyd in his “Golden Encyclopedia of Music” that when asked by Frau Strauss for an autograph, the composer Johannes Brahms autographed Mrs. Strauss’s fan by writing on it the first few bars of the Blue Danube. Under it he wrote “Unfortunately not by Johannes Brahms”.

The lives of the Strauss dynasty members and their world-renowned craft of composing Viennese waltzes are also briefly documented in several television adaptations, such as The Strauss Dynasty (1991)and Strauss, the King of 3/4 Time (1995).Many other films used his works and melodies, and several films have been based upon the life of the musician, the most famous of which is called The Great Waltz (1938). Alfred Hitchcock made a low-budget biopic of Strauss in 1933 called Waltzes from Vienna. After a trip to Vienna, Walt Disney was inspired to create four feature films. One of those was “The Waltz King”, a loosely adapted biopic of Johann Strauss, which aired as part of the Wonderful World of Disney in the U.S. in 1963. 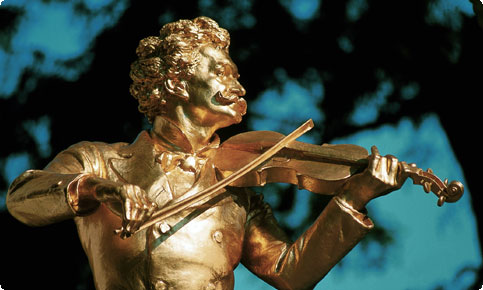