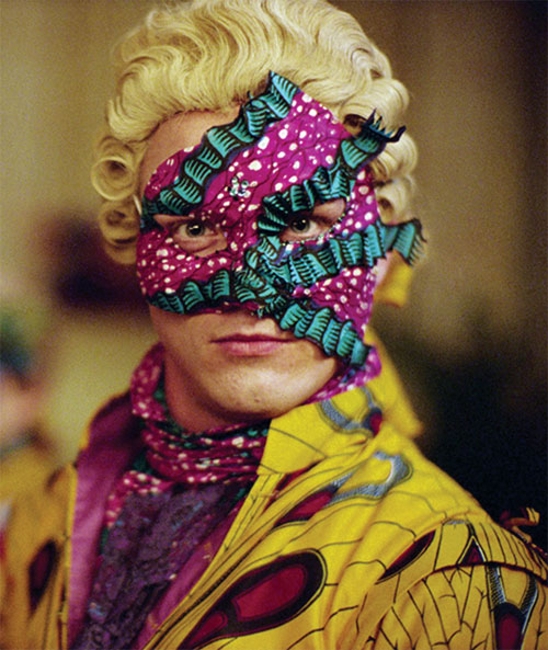 A masquerade ball (or bal masqué) is an event which the participants attend in costume wearing a mask.

Such gatherings, festivities of Carnival, were paralleled from the 15th century by increasingly elaborate allegorical Entries, pageants and triumphal processions celebrating marriages and other dynastic events of late medieval court life. Masquerade balls were extended into costumed public festivities in Italy during the 16th century Renaissance (Italian, maschera). They were generally elaborate dances held for members of the upper classes, and were particularly popular in Venice. They have been associated with the tradition of the Venetian Carnival. With the fall of the Venetian Republic at the end of the 18th century, the use and tradition of masks gradually began to decline, until they disappeared altogether.

In 1979, a group of young Venetians interested in theatre and culture had the idea of reviving the Carnival in Venice. Now the visitors that crowd Venice in the last week before the beginning of the Lent reach the figure of more than 500.000 and the traditional spirit of the Carnival pervades again the city. Identities again become confused. The division between reality and illusion, between past and present, never very clearly defined in Venice at any time, indistinguishably merge.

They became popular throughout mainland Europe in the seventeenth and eighteenth centuries, sometimes with fatal results. Gustav III of Sweden was assassinated at a masquerade ball by disgruntled nobleman Jacob Johan Anckarström, an event which Eugène Scribe turned into the opera Gustave III. 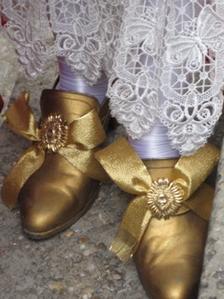 The “Bal des Ardents” (“Burning Men’s Ball”) was intended as a Bal des sauvages (“Wild Men’s Ball”) a costumed ball (morisco). It was in celebration of the marriage of a lady-in-waiting of Charles VI of France’s queen in Paris on January 28, 1393. The King and five courtiers dressed as wildmen of the woods (woodwoses), with costumes of flax and pitch. When they came too close to a torch, the dancers caught fire. (This episode may have influenced Edgar Allan Poe‘s short story “Hop-Frog”.) Such costumed dances were a special luxury of the ducal court of Burgundy. 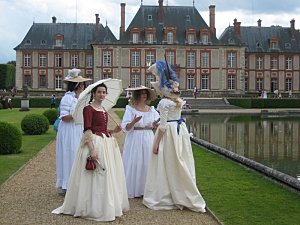 Charles VI Charles VI the Well-Beloved, later known as the Mad (French: Charles VI le Bien-AimÃ©, later known as le Fol) (December 3, 1368 â€“ October 21, 1422) was a King of France (1380 â€“ 1422) and a member of the Valois Dynasty. … Woodwoses support coats of arms in the side panels of a portrait by Albrecht DÃ¼rer, 1499 (Alte Pinakothek, Munich) Grand arms of Prussia, 1873 The Woodwose or hairy wildman of the woods was the Sasquatch figure of pre-Christian Gaul, in Anglo-Saxon a Woodwoses appear in the carved… For other uses, see Flax (disambiguation). … The pitch drop experiment. … Edgar Allan Poe (January 19, 1809 â€“ October 7, 1849) was an American poet, short story writer, playwright, editor, literary critic, essayist and one of the leaders of the American Romantic Movement. … Hop-Frog (originally Hop-Frog; Or, the Eight Chained Ourangoutangs) is a short story by American writer Edgar Allan Poe, first published in 1849. … Coat of arms of the second Duchy of Burgundy and later of the French province of Burgundy Burgundy (French: ; German: ) is a historic region of France, inhabited in turn by Celts (Gauls), Romans (Gallo-Romans), and various Germanic peoples, most importantly the Burgundians and the Franks; the former gave their…

John James Heidegger, a Swiss count, is credited with having introduced the Venetian fashion of a semi-public masquerade ball, to which one might subscribe, to London in the early eighteenth century, with the first being held at Haymarket Opera House. Throughout the century the dances became popular, both in England and Colonial America. Its prominence did not go unchallenged; a significant anti-masquerade movement grew alongside the balls themselves. The anti-masquerade writers (among them such notables as Henry Fielding) held that the events encouraged immorality and “foreign influence”. While they were sometimes able to persuade authorities to their views, enforcement of measures designed to end masquerades was at best desultory made. John James (Johann Jacob) Heidegger (1659â€“1749), Swiss count and leading impresario of masquerades in the early part of the 18th century. … This article is about the capital of England and the United Kingdom. … Haymarket Theatre, ca. … For other uses of terms redirecting here, see US (disambiguation), USA (disambiguation), and United States (disambiguation) Motto In God We Trust(since 1956) (From Many, One; Latin, traditional) Anthem The Star-Spangled Banner Capital Washington, D.C. Largest city New York City National language English (de facto)1 Demonym American… Henry Fielding (April 22, 1707 â€“ October 8, 1754) was an English novelist and dramatist known for his rich earthy humor and satirical prowess and as the author of the novel Tom Jones. …

Masquerade balls were sometimes set as a game among the guests. The masked guests were supposedly dressed so as to be unidentifiable. This would create a type of game to see if a guest could determine each others’ identities. This added a humorous effect to many masques and enabled a more enjoyable version of typical balls.