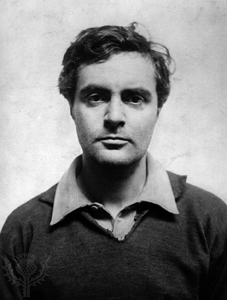 Amedeo Clemente Modigliani was born into a Jewish family in Livorno, Tuscany, Italy, on July 12, 1884. Modigliani was the fourth child of Flaminio Modigliani and his French-born wife, Eugénie Garsin. His father was in the money-changing business, but when the business went bankrupt the family was forced to live in poverty. Young Modigliani was also beset by health problems after an attack of typhoid at the age of 14 followed by tuberculosis two years later. The tuberculosis would affect him for the rest of his life. Depression also ran in his family and Modigliani suffered from it as well. At least some of his siblings seemed to have also inherited his stubborn, independent streak. In 1898 his 26-year-old brother, Emmanuel, was sentenced to six months imprisonment as an anarchist.

In 1902, Modigliani enrolled in the Scuola libera di Nudo (Free School of Nude Studies) in Florence and a year later moved to Venice where he registered to study at the Istituto per le Belle Arti di Venezia. It is in Venice that he first tried hashish and, rather than studying, began to spend time frequenting the sleazy parts of the city.In 1906, Modigliani moved to Paris, the then focal point of the avant-garde, where he would become the epitome of the tragic artist, creating a posthumous legend almost as famous as that of Vincent Van Gogh. 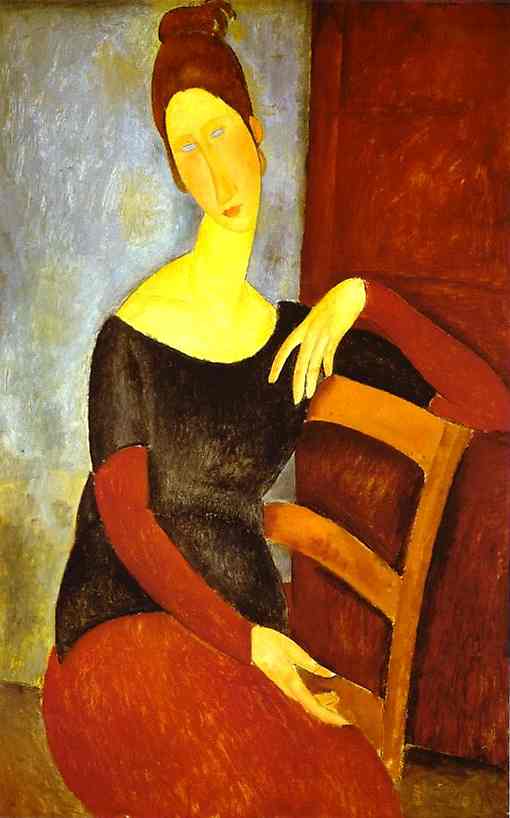 Although he continued to paint, by then his lifestyle had taken its toll and Modigliani’s health was deteriorating rapidly, his alcoholic blackouts becoming more frequent. After not being heard from for several days by his friends, his downstairs neighbor checked in on them and found Modigliani delirious and in bed, holding onto Jeanne, who was nearly nine months pregnant. A doctor was summoned but there was little that could be done because Modigliani was suffering from tubercular meningitis.

Modigliani died on January 24, 1920 without regaining consciousness. There was an enormous funeral, attended by many from the artistic communities in Montmartre and Montparnasse. Jeanne Hébuterne, who had been taken to her parents’ home, threw herself out of a fifth-floor window two days after Modigliani’s death, killing herself and her unborn child.

Modigliani was interred in Père Lachaise Cemetery. Jeanne Hébuterne was buried at the Cimetière de Bagneux, near Paris and it was not until 1930 that her embittered family allowed her to be moved to rest beside Modigliani.

Their orphaned 15-month-old daughter Jeanne was adopted by Modigliani’s sister in Florence. As an adult, she would write an important biography of her father titled: Modigliani: Man and Myth.

Today, Modigliani is regarded as one of the greatest artists of the 20th century, his works on display in the great museums of the world. His sculptures rarely change hands and the few paintings that change hands can sell for more than US$15.6 million. His Nu couché (Sur le côté gauche) sold in November of 2003 for US $26,887,500. 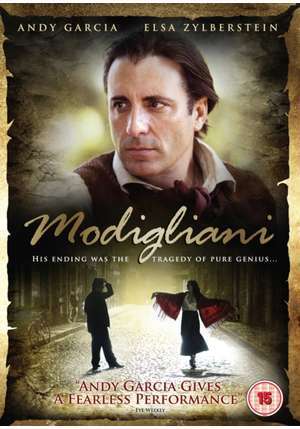