Vidal Sassoon and His Muses: The Iconic Cuts

Below Mary Quant: Vidal Sassoon created the angular bob for mod British designer Quant, and the hairstyle became her signature look for more than 40 years. By Ronald Dumont/Getty Images.

Known for his sleek, mod cuts that spawned a hair revolution in the 1960s, scissor wizard Vidal Sassoon helped women bid adieu to sleeping on curlers, wasting time under hood dryers, and running through can after can of Aquanet. Sassoon modernized the locks of the chicest and most beautiful women in the fashion and Hollywood realms; from creating Mia Farrow’s avant-garde pixie cut to bringing modern coiffure to the likes of Grace Coddington, Mary Quant, and Carol Channing, the “Messiah of Hair” popularized low-maintenance and cutting-edge styles. Vidal Sassoon: The Movie, out February 10 in limited release, tells the story of Sassoon’s life, beginning with the career-launching apprenticeship he first landed at 14. We look back at the architectural shapes that Sassoon created—and the women who inspired them. By Dana Mathews February 11, 2011 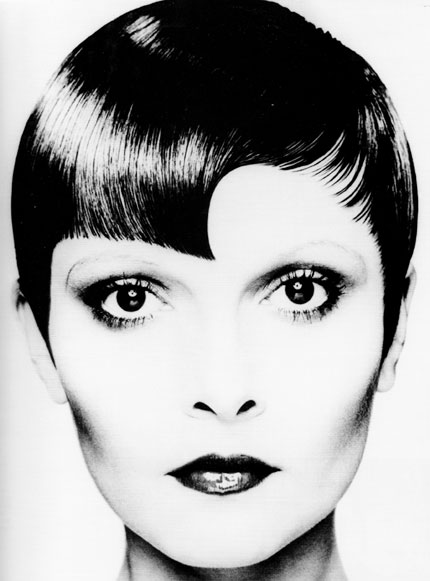 The quiff bob embodied the quintessential qualities of a Sassoon cut: low maintenance and, with styling, product-free. Photograph by Karl Stoecker. Hair by Christopher Brooker.