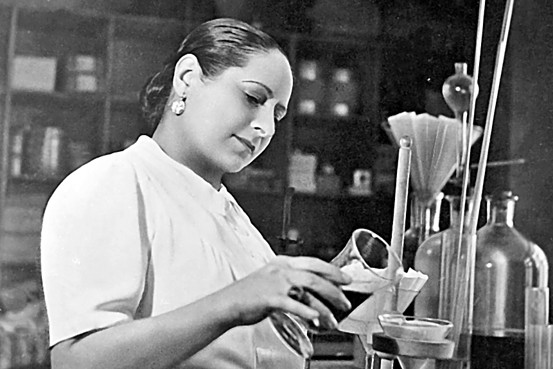 At the outbreak of World War I, she and Titus moved to New York City, where she opened a cosmetics salon in 1915, the forerunner of a chain throughout the country. This was the beginning of her vicious rivalry with the other great lady of the cosmetics industry, Elizabeth Arden. Both Rubinstein and Arden, who died within 18 months of each other, were social climbers. And they were both keenly aware of effective marketing and luxurious packaging, the attraction of beauticians in neat uniforms, the value of celebrity endorsements, the perceived value of overpricing and the promotion of the pseudo-science of skincare.

From 1917, Rubinstein took on the manufacturing and wholesale distribution of her products. The “Day of Beauty” in the various salons became a great success. The purported portrait of Rubinstein in her advertising was of a middle-age mannequin with a Gentile appearance.

In 1928, she sold the American business to Lehman Brothers for $7.3 million, ($88 million in 2007). After the arrival of the Great Depression, she bought back the nearly worthless stock for less than $1 million and eventually turned the shares into values of multimillion dollars, establishing salons and outlets in almost a dozen U.S. cities. Her subsequent spa at 715 Fifth Avenue included a restaurant, a gymnasium and rugs by painter Joan Miró. She commissioned Salvador Dalí to design a powder compact as well a portrait of herself. 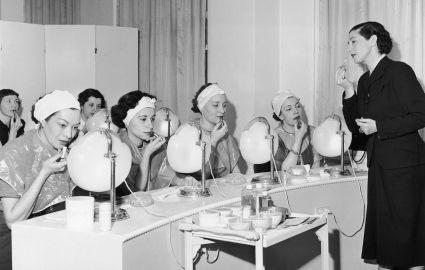 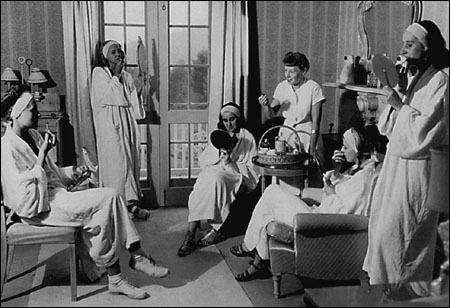 Florence Nightingale Graham (December 31, 1884 – October 18, 1966), who went by the business name Elizabeth Arden, was a Canadian-American businesswoman who founded what is now Elizabeth Arden, Inc., and built a cosmetics empire in the United States. At the peak of her career, she was one of the wealthiest women in the world.

Arden was born in 1884 in Woodbridge, Ontario, Canada. Her parents had emigrated to Canada from Cornwall, United Kingdom in the 1870s. Her father, William Graham, was Scottish and her mother, Susan, was Cornish and had arranged for a wealthy aunt in Cornwall to pay for her children’s education. Arden dropped out of nursing school in Toronto.

She then joined her elder brother in Manhattan, working briefly as a bookkeeper for the E.R. Squibb Pharmaceuticals Company. While there, Arden spent hours in their lab, learning about skincare. She then worked—again briefly—for Eleanor Adair, an early beauty culturist, as a “treatment girl”.

In 1909 Arden formed a partnership with Elizabeth Hubbard, another culturist. When the partnership dissolved, she coined the business name “Elizabeth Arden” from her former partner and from Tennyson‘s poem “Enoch Arden.” With a $6,000 loan from her brother, she then used the shop space to open her first salon on 5th Avenue.

In 1912 Arden travelled to France to learn beauty and facial massage techniques used in the Paris beauty salons. She returned with a collection of rouges and tinted powders she had created. She began expanding her international operations in 1915, and started opening salons across the world.In recognition of her contribution to the cosmetics industry, she was awarded the Légion d’Honneur by the French government in 1962.

Arden died at Lenox Hill Hospital in Manhattan in 1966; she was interred in the Sleepy Hollow Cemetery in Sleepy Hollow, New York, under the name Elizabeth N. Graham. 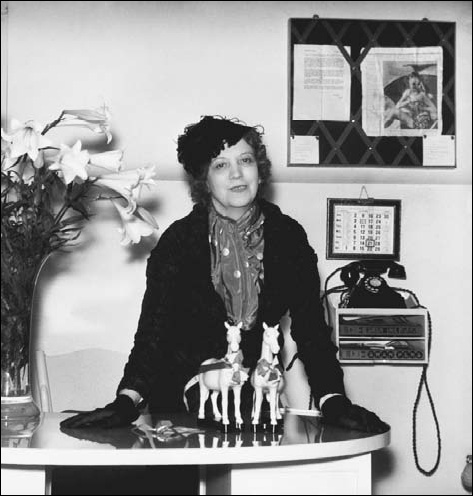