King’s Chapel was founded by Royal Governor Sir Edmund Andros in 1686 as the first Anglican Church in New England during the reign of King James II.

The original King’s Chapel was a wooden church built in 1688 at the corner of Tremont and School Streets, where the church stands today.
It was situated on the public burying ground, now King’s Chapel Burying Ground, because no resident would sell land for a non-Calvinist church.

In 1749, construction began on the current stone structure, which was designed by Peter Harrison and completed in 1754. 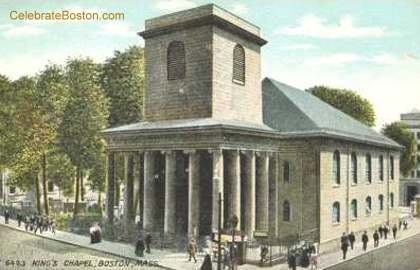 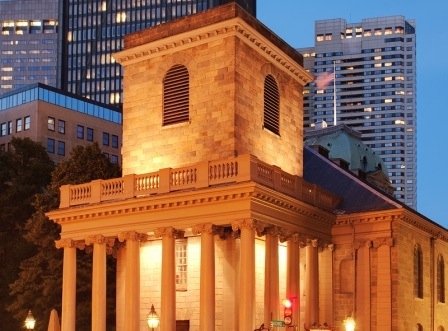 That church was destroyed by fire on Halloween night, 2001.
Inside, the church is characterized by wooden columns with Corinthian capitals that were hand-carved by William Burbeck and his apprentices in 1758. Seating is accommodated by box pews, most of which were originally owned by the member families who paid pew rent and decorated the pews to their personal tastes. The current uniform appearance of the pews dates from the 1920s. 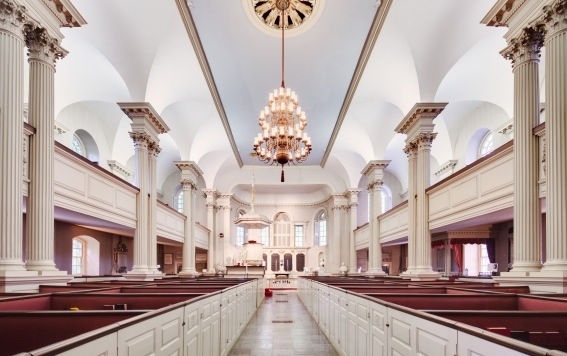