A renowned landscape architect Alexandre Grivko heard about the project and was instrumental in their design. 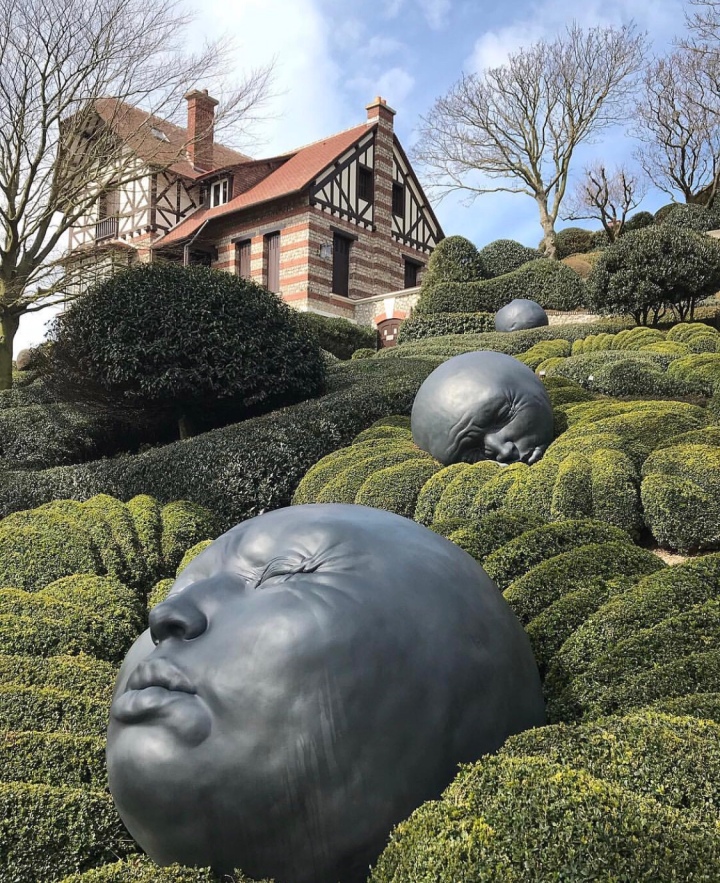 In 2015, Alexandre Grivko and his talented team of architects recreated the historical landscape. Les Jardins d’Étretat expanded their borders, hosted new objets d’art and were given new life. 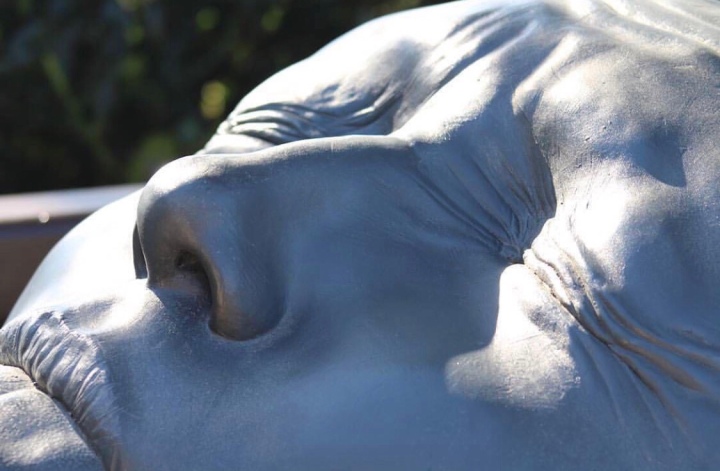 Etretat Gardens appear to have no beginning or end. They comprise different components united by one idea.

The graphics and perfect architecture can be seen from any viewpoint.

These are futuristic gardens, working with dimensions of live sculptures and streamlined forms, as if borrowed from the nature of the Normandy coast itself.

The first part, the Garden of Avatar, welcomes visitors and takes them to a magical land where you can imagine yourself a character from Avatar or Alice in Wonderland.

Life was created by nature; the philosophical and extraordinary gardens of Etretat have been shaped by man.

The Power Garden symbolises the movement of the ocean. The images of rising and ebbing tide, waves and whirlpools have been skillfully sculpted from Phillyrea angustifolia shrubs to rise in waves or descend in spirals, framed by blue Agapanthus africanus.

Here, you can enjoy the most spectacular view of the Aval Cliff and the famous needle protruding from the ocean.

Garden of Emotions and Bottom of the Ocean.

You can see how Enkianthus japonicas (imported from Japan) and Buxus sempervirens have been cut to represent shells of mollusks, recreated in honor of Etretat’s oyster farm, well-known since the 18th Century.

The impression is complemented by unique rubber sculptures made by Spanish artist Samuel Salcedo, depicting faces of people experiencing an intense range of emotions.

Tree Huggers’ Garden. In this sculpture composition by Wiktor Szostalo, people line up to hug the last tree on Earth. The project was conceived in 2005 and has since travelled around the world. Through a variety of images, the artist calls for the protection of nature. The sculptures were made with materials found in parks, including dried stems.

Wiktor has created various characters for different countries; for France, he fashioned a sculpture of Claude Monet painting the sunset at Etretat – “Soleil Couchant à Etretat”. The artist appears to be looking on from a huge ship and painting the ocean with large strokes. Monet’s masterpiece, like Etretat Gardens, should be viewed from different distances and angles.

The founder of the garden, Madame Thébault, in 1907 assembled rare species of orchids that symbolized concubines in sultan Suleiman’s harem, where every “flower-concubine” expressed its special beauty and temper.

While taking care of it, she got into Roxelana character, who had eclipsed her husband’s power (sultan). As the result, Madame Thébault got international prominence in cinema.

Since, garden and villa were named Roxelane (the first name of the garden). Whole of Madame Thébault’s orchids are collected nowadays.

The Parnassus Garden incarnates Alabaster Coast of Normandy. Plants create a rock layers pattern of the cliffs. The mythological “Parnassus” is a tribute to the sacred mountain on top of which muse of art dwells, giving an inspiration to Garden’s guests.

This famous canvas was painted on one of Etretat Gardens’ terrace in 1886 and now is a part of Shchukin’s eminent collection exhibited in Pushkin Museum of Fine Arts in Moscow.

In 2016, Polish artist Wiktor Szostalo (www.facebook.com/wiktor.szostalo) installed at this place a monument to the impressionist who is working on the famous paysage. Take a look at spectacular view from Etretat Gardens through Monet’s eyes! 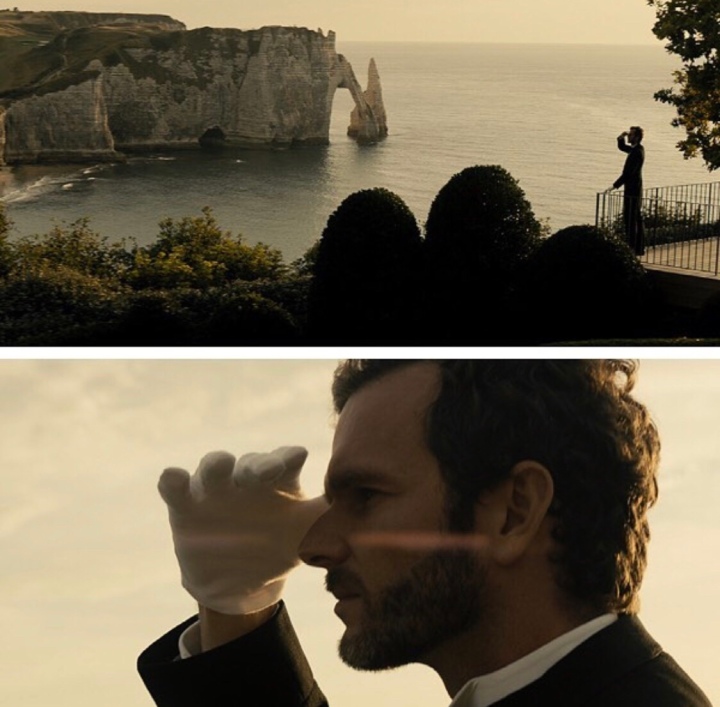 Sasha Frolova (b. 1984) lives and works in Moscow. On a different level, Sasha Frolova is known as the former student and now a female artistic counterpart to

Andrey Bartenev – the celebrated artist and eccentric arbiter elegantiae of the alternative fashion world in Russia. In