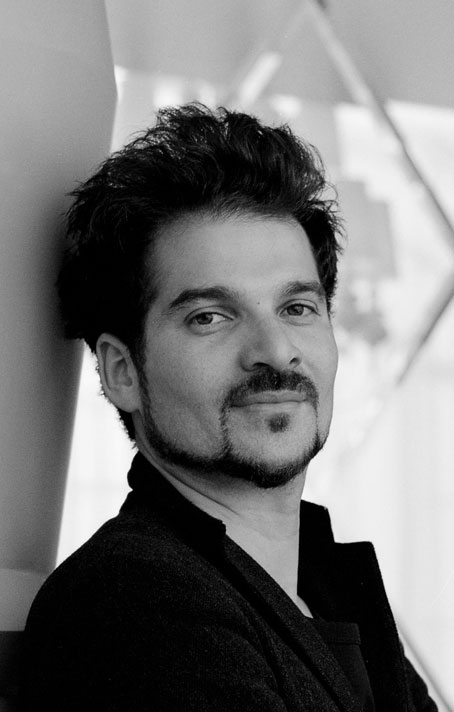 Jaime Hayón Spanish artist-designer Jaime Hayon was born in Madrid in 1974. As a teenager, he submerged himself in skateboard culture and graffiti art, the foundation of the detailed, bold-yet-whimsical imagery so imminent in his work today.

After studying industrial design in Madrid and Paris he joined Fabrica in 1997, the Benetton-funded design and communication academy, working closely with the legendary image-maker and agitator Oliverio Toscani. In a short time he was promoted from student to head of their Design Department, where he oversaw projects ranging from shop, restaurant and exhibition conception and design to graphics. Eight years later, Jaime broke out on his own, first with collections of designer toys, ceramics and furniture, followed by interior design and installation.

These collections put Jaime at the forefront a new wave of creators that blurred the lines between art, decoration and design and a renaissance in finely-crafted, intricate objects within the context of contemporary design culture.

Jaime further defined his vision in subsequent solo exhibitions and shows at London’s Aram Gallery, and Milan’s Salone de Mobile and his work has been displayed in Germany’s Vitra Museum, London’s Design Museum, Rotterdam’s Vivid Gallery, the Gronginger Museum (also in Holland) and the Basel Art Fair and has attracted the attention of prestigious art collectors. Jaime’s esteem and knowledge of artisan skills and his inherent creativity has allowed him to push the boundaries of many mediums and functions, resulting in collections for clients as diverse as ArtQuitect (bathrooms) b.d. ediciones, Established and Sons and Moooi (domestic furniture), Metalarte and Swarovski (lighting fixtures), Berhardt Design (textiles), Piper Heidsieck (champagne buckets), Gaia and Gino (vases) and Bosa Ceramiche (ceramic objects). He has conceived two important collections for Bisazza. Most recently, he has created the ‘Rencontres’ collection for Baccarat; a collection of vases and lamps that reinterpret the firm’s famous cut crystal by adding elements in ceramic and plastic. His ongoing work as a creative consultant for the Spanish porcelain manufacturer Lladró has resulted in a new direction for the company, as well as Jaime’s own collection ‘Fantasy’. Adding to his acclaimed intramurals for Madrid’s La Terraza del Casino restaurant and Camper footwear stores, Jaime is currently working on interiors for leading hotels, restaurants and retail establishments around the world. Jaime currently resides in London, with offices in Barcelona and Treviso (Italy).

His work has appeared in the most prestigious art and design publications worldwide. He has won numerous awards including ‘Best Installation’ (Icon Magazine), ‘Breakthrough Creator’ (Wallpaper Magazine) and the 2006 Elle Deco International Award. In 2008, Jaime was guest of honor at Belgium’s Interieur Biennial, the youngest person ever to receive the accolade.

This unusual bathroom presented designer Jaime Hayon (Hayon Studio) . The combination of the organic with minimal and colors, concluded at this idea makes bathroom bright and delightful.

The installations will showcase a range of new objects by the designers for Bisazza’s homeware range Bisazza Home, which will be shown at Superstudio Più in Milan’s Zona Tortona.

Upcoming Spanish designer Hayon will present an installation featuring “Pinocchione” – a giant Pinocchio-type figure – plus a range of new products including lights and pedestals clad in Bisazza mosaics (top image).