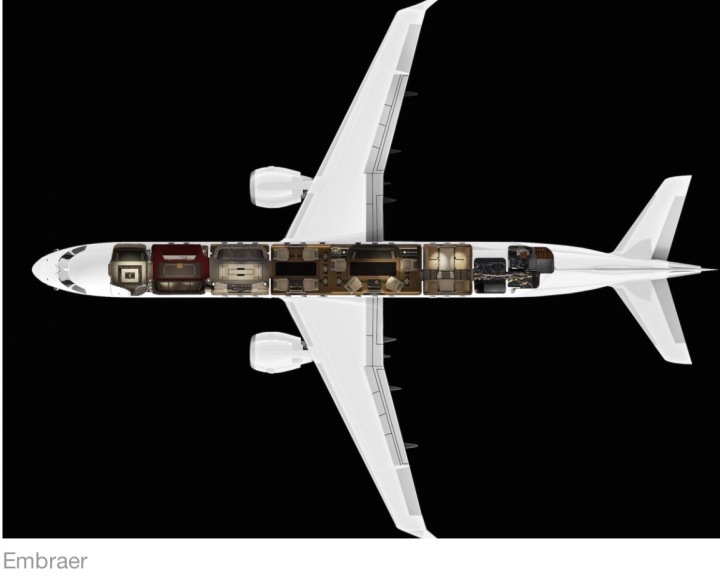 For many, private jet ownership is an opportunity to flaunt their individuality. This is especially true in the rarefied airspace of the ultra-large executive jet. As the biggest and the baddest private jets flying, owners of these converted airliners want to make their mega-dollar planes stand out from the crowd.
This brings us to Embraer.

The Brazilian jet maker has long been a fan of highly stylized theme interiors. Last summer, Embraer introduced the far east-inspired Kyoto Airship and its stunning skylights. Later in the year, the company rolled out the Brazilian Rancher-meets-Texas-oil-tycoon themed the Skyranch One.

In its latest effort, Embraer offers its take on the glamour of Tinseltown in the 1930s with the Hollywood Airship.

“The Hollywood is steeped in MGM style, with a nod to film greats of the black and white movie era.,” the company wrote in its press kit. “Embraer pushes the design envelope in private aviation with the introduction of a chic shuttle aircraft that celebrates the beauty and affluence of the past while embracing the advanced technology of the future.”

Due to the highly bespoke nature of the business, Embraer’s customers can choose to adopt the whole package or simply a few select elements of the concept. 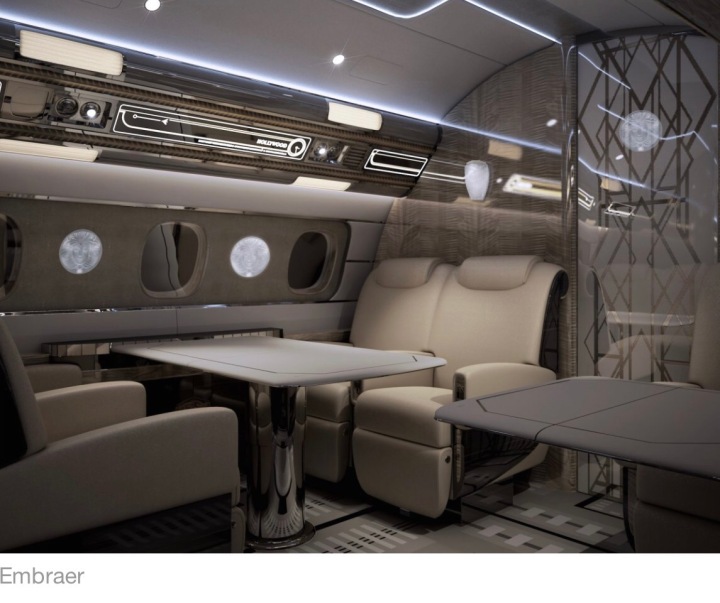 Formal dining for six is available in the VIP Crystal Room near the back of the plane. 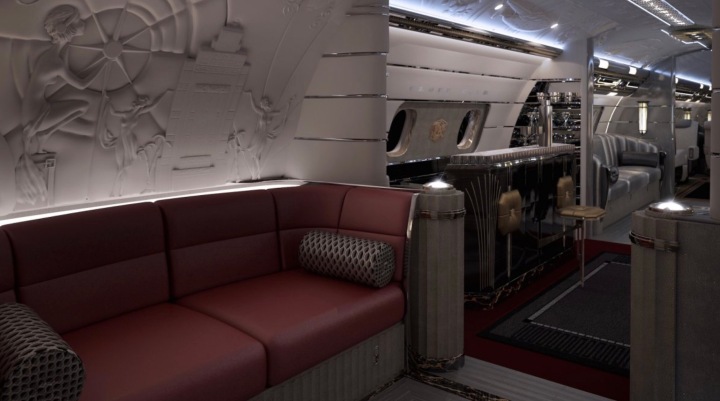 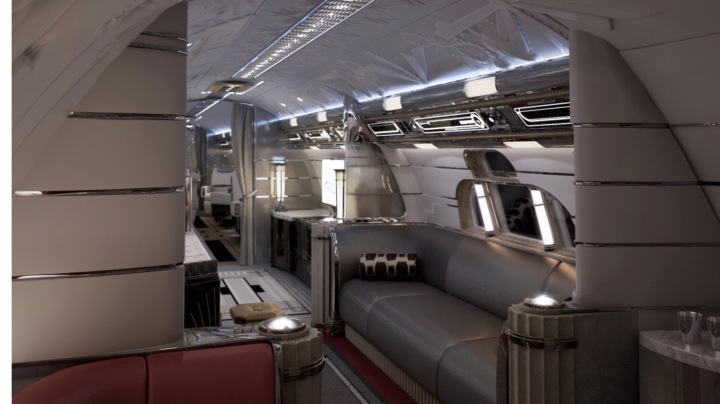 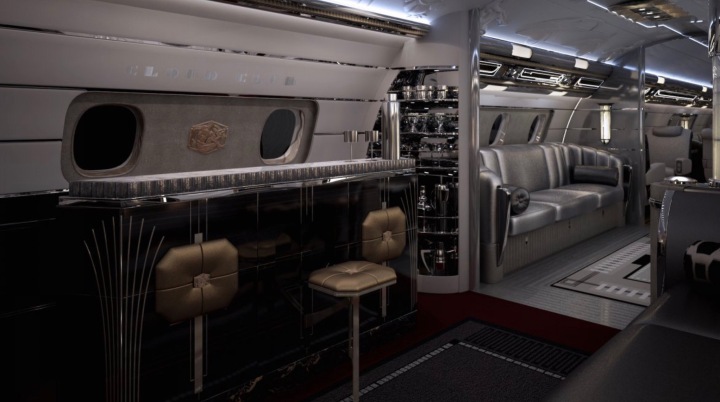 So how much does all of this art deco fabulousness cost?

But for an additional $30 million, your Lineage can shine brighter than Hollywood’s biggest stars. 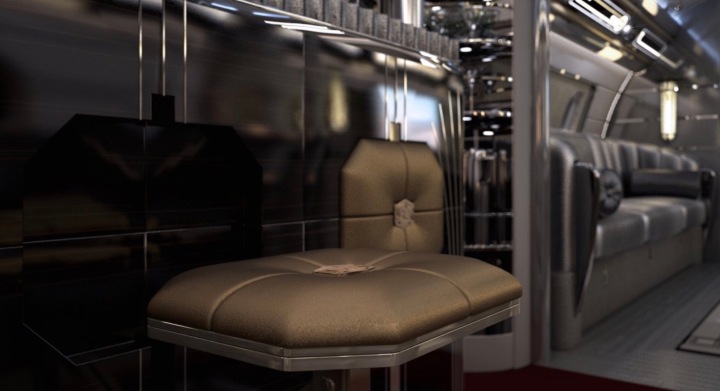 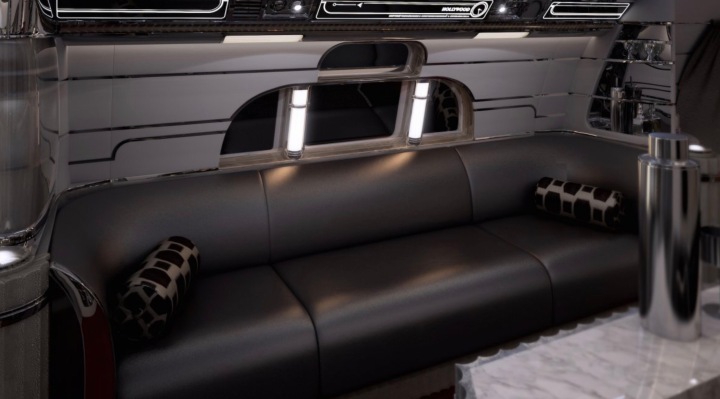 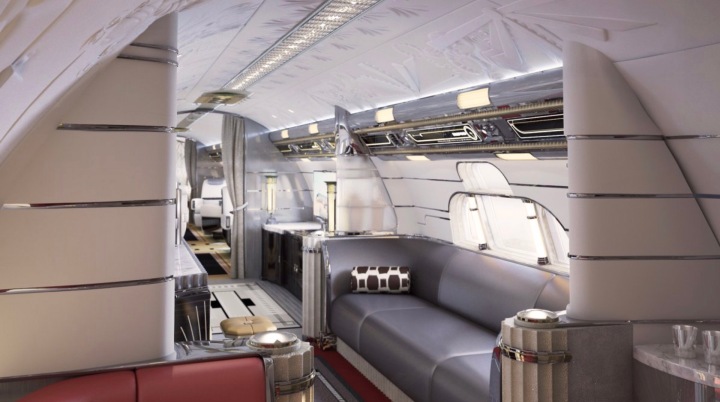 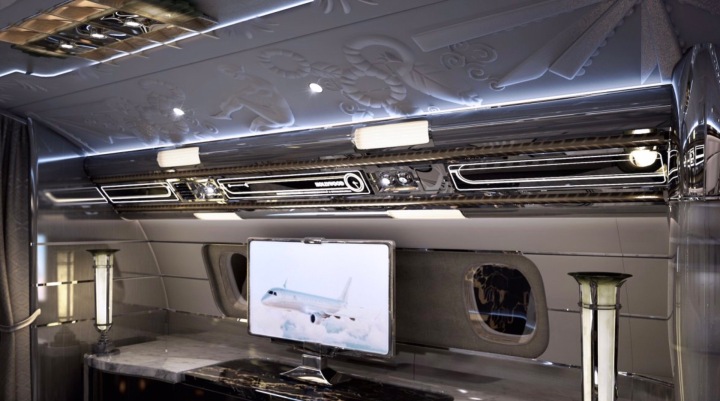 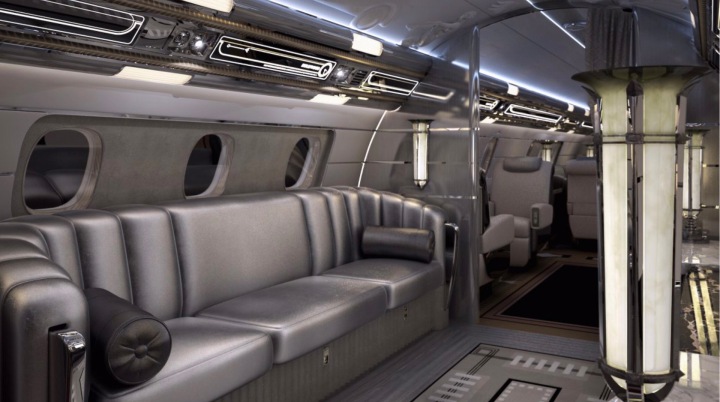 Business clients can conduct meetings in this spacious lounge while… 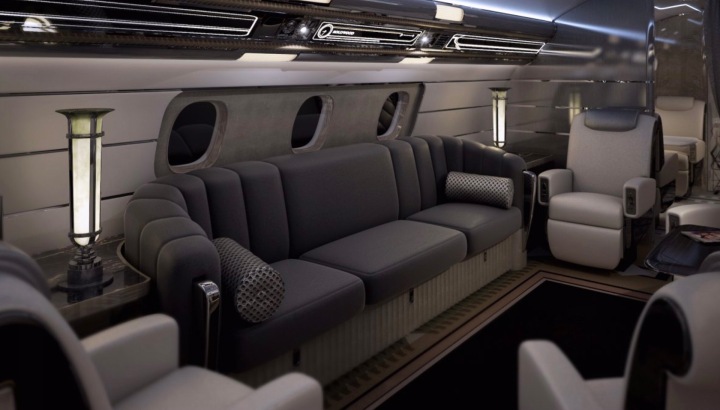