Skip to content
Adriana Sassoon is an industrial designer, interior designer, model, luxury real estate specialist, home builder. Adriana Sassoon has worked as stylist, in a wide range of fields spanning design innovations and integrated social work. Sassoon has a unique background in fashion and beauty. From her native Sao Paulo, Brazil, Adriana graduated “The Ecole des Beaux’s – Arts” with her first degree in Industrial Design before arriving in the United States where she received a second degree in Interior Design from the FIDM Los Angeles. A Docent for the French Trade Commission Exhibition “Les Paris des Createurs”.

Los Angeles, known for its choking smog and fuel-burning gridlock, is poised to adopt one of the toughest green building ordinances in the nation. Two City Council committees voted Friday to require that all major commercial and residential developments slash projected energy and water use and reduce the overall environmental footprint, placing the city on the cutting edge of an international movement to address the global warming effects of buildings.Under the ordinance, privately built projects over 50,000 square feet — of which there are roughly 200 constructed annually — must meet a “standard of sustainability” by incorporating a checklist of green practices into their building plans.The checklist includes a choice of such items as low-flow toilets, paints with low emissions, use of recycled materials, efficient irrigation, solar panels and use of natural light.The average green building, according to studies, saves 36% in energy, 40% in water, and cuts greenhouse gas emissions by 40% and solid waste by 70%.The proposed ordinance has garnered unusually broad support, thanks to more than a year of negotiations and meetings between city officials and citizens’ groups.It is endorsed by some of the area’s biggest developers, along with the Los Angeles Business Council, the American Institute of Architects, several building trade unions and groups such as Global Green and the Green LA Coalition.“When you do something this big, it can be quite scary,” City Council President Eric Garcetti said.“But this has been an inclusive process. It will lead to a healthier city and a healthier planet.”Garcetti said he expects the full council to adopt the standards unanimously within a month.Nationwide, buildings account for 71% of electricity consumption, 12% of potable water used and 40% of the greenhouse gas emissions that, scientists say, are heating the planet to dangerous levels.The council’s proposed green checklist — known as the Leadership in Energy and Environment Design, or LEED — was developed by the U.S. Green Building Council, a Washington-based nonprofit group.It is rapidly becoming a national baseline standard, as more than 120 localities have adopted green building rules for public construction, and 12 cities, including Boston, Washington and San Francisco, have extended the rules to the private sector.Under L.A.’s ordinance, which would take effect six months after City Council adoption, developers who build to an even higher standard, so-called LEED Silver, would get expedited permits.The incentive has generated great interest among some developers.“Building green is good for business, building green is good for developers and building green is good for the city of Los Angeles,” Brad Cox, chairman of the Los Angeles Business Council, testified before the council committees Friday.Cox, managing partner of the local office of Trammell Crow, one of the nation’s largest developers, said his company is building six Los Angeles projects designed to meet more stringent green standards than the city proposes.However, Holly Shroeder, chief executive of the Los Angeles and Ventura chapter of the Building Industry Assn., which represents mainly residential builders, suggested that the city develop its own rules rather than relying on an outside standard such as LEED.“This is a pretty significant change in how we build in the city, at a time when the private sector doesn’t need more mandates,” she said.And Tom Gilmore, a downtown developer, said the LEED standard did not give enough credit in its checklist to buildings located near mass transit.L.A.‘s program, however, is likely to evolve under a new Green Team of city agencies set up under the ordinance, according to Claire Bowin of the city’s planning office. The team would hold public meetings every month to work out kinks and examine proposals.“This is a baby step for some, but a huge leap for others,” said Bowin.“We recognize that. The Green Team will remove barriers to innovation.”For some, the new standard doesn’t go far enough. Jane Paul of Green LA Coalition suggested that the city lower the threshold to 25,000 square feet to incorporate medium-sized buildings in the program in the next two years.And Ken Lewis, president of the architectural firm AC Martin Partners, advocated raising the baseline “to LEED Silver as the minimum.”Lewis, whose firm has designed projects for the city, local universities and private developers, said that five years ago it was more costly to build to green standards. “Today, we find no additional project cost to achieve the city’s [proposed] baseline standard,” he said.The new standard will go a long way toward meeting the city’s pledge to reduce its carbon footprint to 35% below 1990 levels by 2030. By mid-century, two-thirds of the buildings in the city will have been built between now and then.Pasadena, Santa Monica, Long Beach and West Hollywood have adopted mandatory green building standards.But Los Angeles would be the largest city in the nation to do so.margot.roosevelt@ latimes.com 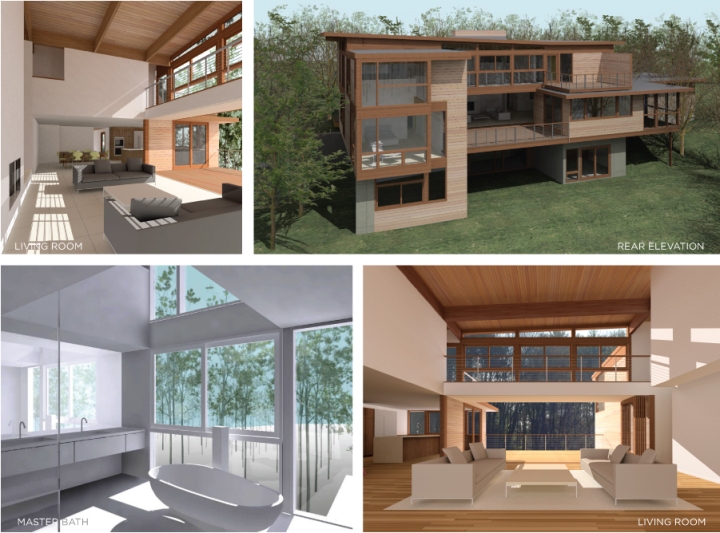 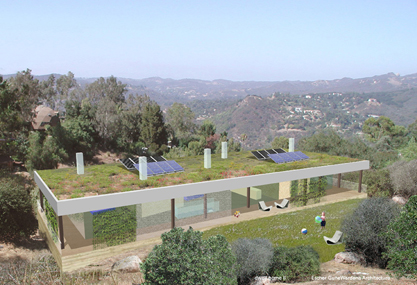 Homes designed to achieve L.E.E.D. (Leadership in Energy and Environmental Design) certification from the United States Green Building Council. The exact rating level will be determined in part by the location of each individual home.

The re: VOLUTION is about to begin!

My works consist of turning people and objects into” Diamonds”!

What does  STYLING  really mean?

Did you know that,your Personal impact is formed by:

The way you dress and present yourself can send a powerful message to people. This message can be negative or positive. Knowing how to dress for every occasion is essential. Knowing how to manipulate the right tools could win your next job or a promotion. Do you know the answer to these questions?

What is your style?

What is your brand?

What is your budget?

What are you trying to accomplish?

Analysis and reorganization of your personal wardrobe (clothes, shoes and accessories) in a simple and fun session. I choose and value sets already exist, advising pieces that are missing, those there are extras and the ones, which can be processed and reused, all duly photographed and saved on CD for further consultation. In this CD, you will also receive suggestions regarding the hair cut, color, self-makeup, fitness trends that fits in your biotype, personal style and professional, combination of accessories and personal marketing. Duration 3 to 6 hours- Cost N/A

Monitoring shopping, this will be previously scheduled on the residential consulting day. Duration-(depend on client need) Cost- N/A

·Individual and personalized consultation, which will be shared in two phases: interview and CD presentation with guidelines for haircut, self-makeup, and fitness trends for each biotype, personal and professional style, colors and accessories’ combinations and personal marketing. Duration 1 hour – Cost N/A

Pictures and analysis of Silhouette

“Adriana Sassoon 360 * Design from Salon and Beyond”

Adriana Sassoon has a unique background in fashion and beauty and is one of those rare people – whether behind the scenes or in front of the camera- that achieves what she sets out to accomplish. At age thirteen, an age at which a young person’s ideas are still fluid, she knew she had a particular fondness for the classical disciplines. She was already flirting with fashion working as a top model for Elite Model Management where her beauty appeared in countless magazine advertisements, fashion shows, and television commercials.

From her native Sao Paulo, Brazil, Adriana graduated “The Ecole des Beaux’s- Arts” with her first degree in Industrial Design before arriving in the United States where she received a second degree in Interior Design from the FIDM Los Angeles.

Adriana, who is fluent in Portuguese, Spanish, French and English, has an elite work history.

Adriana always kept a close eye on fashion. “I pick up on its vibrations”. Adriana embarks into the realm of fashion accessories as she proudly introduces her latest project.

The creation of “Adriana Sassoon Handbags” is a supported idea by her family and friends.

Adriana Sassoon has a Handbag Company with the focus in Minimalist Design. The main ingredient is to help a Charity founded by her father and mentor as well as charities that work with children of developing countries”…. 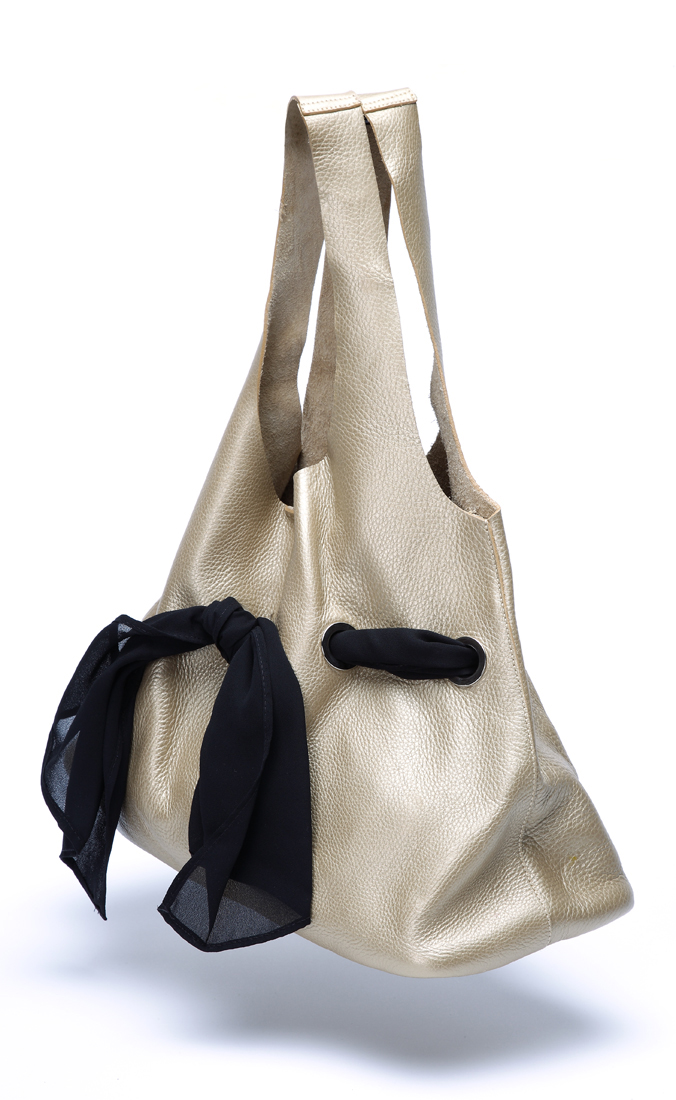 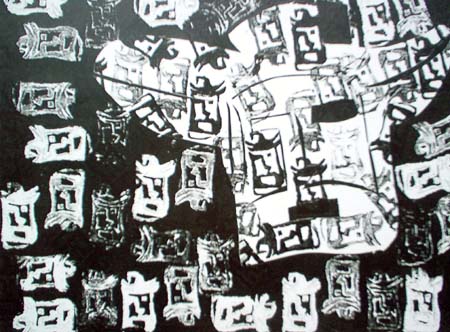