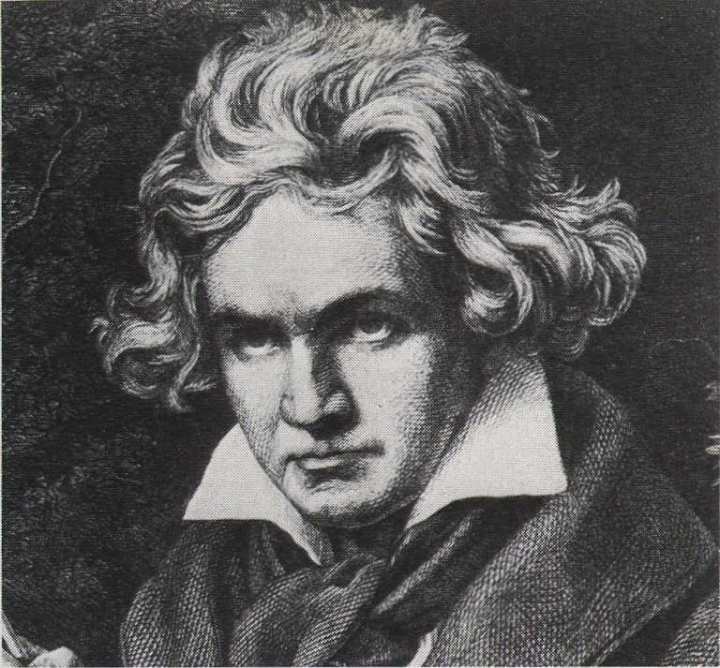 Ludwig Van Beethoven was born in December 1770, his birthplace was in Bonn, Germany and died 26 March 1827 (cirrhosis of the liver, plus dropsy)

Mozart aside, Ludwig van Beethoven is the most famous classical composer of the western world. Beethoven is remembered for his powerful and stormy compositions, and for continuing to compose and conduct even after he began to go deaf at age 28. The ominous four-note beginning to his Fifth Symphony  bom bom bom bommmmm is one of the most famous moments in all of music. (Beethoven supposedly described the notes as “Fate knocking at the door.”) He wrote nine numbered symphonies in all: his Third Symphony (“Eroica”) and Sixth Symphony (“Pastoral”) are especially famous. Beethoven also wrote the popular “Moonlight” sonata (1801),Groose fugue.My favorite Pathetique.

Beethoven never married. After his death his friends found letters to a lover he called “Immortal Beloved,” whose identity has never been discovered. The English phrase “Immortal Beloved” is a translation of the German, “Unsterbliche Geliebte”… Beethoven’s precise date of birth is unknown; he was baptized on 17 December 1770, and it is presumed he was born on 16 December. 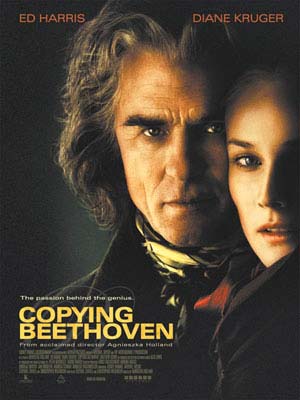 A fictionalised exploration of Beethoven’s life in his final days working on his Ninth Symphony. It is 1824. Beethoven, played by Ed Harris, is racing to finish his new symphony. However, it has been years since his last success and he is plagued by deafness, loneliness and personal trauma. A copyist is urgently needed to help the composer finish in time for the scheduled first performance – otherwise the orchestra will have no music to play. A fictional character is introduced in the form of a young conservatory student and aspiring composer named Anna Holtz (Diane Kruger). The mercurial Beethoven is skeptical that a woman might become involved in his masterpiece but slowly comes to trust in Anna’s assistance and in the end becomes quite fond of her.

By the time the piece is performed, her presence in his life is an absolute necessity. Her deep understanding of his work is such that she even corrects mistakes he has made, while her passionate personality opens a door into his private world